PITTSBURGH – A blood protein test could detect the severity of head trauma in under 15 minutes, according to research published recently in the Journal of Neurotrauma. 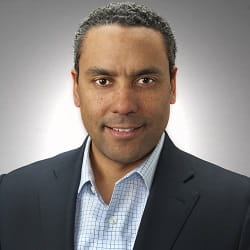 By showing that glial fibrillary acidic protein (GFAP) can accurately determine the severity of a brain injury through a blood test, the research team working on this study, led by author David Okonkwo, M.D., Ph.D., director of the Neurotrauma Clinical Trials Center at UPMC and professor of neurological surgery at the University of Pittsburgh School of Medicine, advanced the development of a point-of-care testing device designed to help clinicians assess traumatic brain injury (TBI) in minutes. 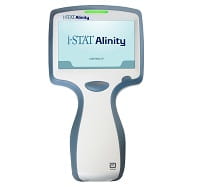 For the rapid test, the vision included using a hand-held device with a cartridge that would measure GFAP in a patient’s blood. Researchers at Abbott Laboratories, a global health care company, will need to finalize the test for the i-STAT device, which already is used by the military and health care providers around the world to perform several common blood tests within minutes. The blood test would reveal a patient’s GFAP level.
“This would eliminate guesswork in diagnosing TBIs and learn whether a person needs further treatment,” said Okonkwo. “Whether you’re testing a soldier injured in combat or testing a patient in a small rural hospital with limited resources, health care providers could have critical information they need—in minutes—to treat each patient’s brain injury.”
For this study, which expanded upon previous GFAP findings, researchers enrolled 1,497 people who sought care at one of the 18 Transforming Research and Clinical Knowledge in TBI (TRACK-TBI) level 1 trauma centers nationwide over four years. GFAP is a Food and Drug Administration-approved marker for ruling out whether a patient needs a head computed tomography (CT) scan within 12 hours after a mild TBI.
For years, scientists have studied blood tests involving GFAP. They also have studied a similar protein called S100B. Both proteins are released in the bloodstream in response to specific injuries, including TBI. But this study showed that GFAP substantially outperformed S100B as a TBI diagnostic marker.
“Knowing this protein can show the severity of a TBI through a simple blood test is promising when considering we can use a device that already is in widespread use in hospitals, doctors’ offices and urgent care facilities. All we would need to do is add an extra cartridge to the device to analyze blood for the GFAP protein,” said Okonkwo. He estimates this device could potentially decrease unnecessary CT scans by 20% or more, saving nearly $100 million in medical expenses annually.
With support from the U.S. Army Medical Materiel Research and Development Command’s U.S. Army Medical Materiel Development Activity, Abbott Point-of-Care and TRACK-TBI have begun a pivotal, FDA-regulated trial to validate the i-STAT to evaluate the effectiveness of Abbott's point-of-care blood test technology, using whole blood sample type.
This published study is a collaboration between the National Institutes of Health (NIH), the U.S. Department of Defense, the TRACK-TBI consortium and Abbott Laboratories.
This work was supported with funding from the NIH National Institute of Neurological Disorders and the U.S. Department of Defense.
Additional authors on the study include Ross Puffer, M.D., of UPMC and Mayo Clinic; Ava Puccio, R.N., Ph.D., of UPMC; Esther Yuh, M.D., Ph.D., John Yue, M.D., Sabrina Taylor, Ph.D., Pratik Mukherjee, M.D., Ph.D., and Amy Markowitz, J.D., of UC San Francisco and Zuckerberg San Francisco General Hospital and Trauma Center; Ramon Diaz-Arrastia, M.D., Ph.D., University of Pennsylvania; Frederick Korley, M.D., Ph.D., of the University of Michigan; Kevin Wang, Ph.D., of the University of Florida; Xiaoying Sun, M.S., Sonia Jain, Ph.D., of UC San Diego; and Geoffrey Manley, M.D., Ph.D., of UC San Francisco. PHOTO INFO: (Click images for high-res versions)

CAPTION: i-STAT Alinity is not commercially available and is for research use only.