Extraordinary stories about the work at UPMC Magee-Womens Hospital. Our world-class staff goes above and beyond to care for our patients, our community — and each other. Get inspired today.

"Our son Gabriel was born via emergency C-section on Saturday, April 15, 2017, after complications resulting from my complete placenta previa. He was two months early, with an original due date of June 10. He spent 24 days in Magee's NICU. Just this week, he celebrated his third birthday and is doing great! While his celebration was a bit different than what we had in mind this year, he enjoyed phone calls with family, surprise gifts, ice cream snacks, and a whole lot of love. Now we all eagerly await the arrival of his baby sister, Lucy Anne, who is due to arrive on his original due date, June 10. We're happy to share his story with others and hope it gives them a little bit of light." - Jennifer, Gabriel's mom.

A Staff That Goes Above and Beyond

"After six years of trying for a baby, including one early miscarriage and one miscarriage at 16 weeks, I finally conceived my beautiful daughter. We were treated by the Maternal Fetal Medicine team at Magee throughout my pregnancy. This team is second to none. Every doctor, PA, and nurse was so patient, kind, and overall wonderful! I had a fairly easy pregnancy until 30 weeks, when I started experiencing bleeding due to a partial placenta abruption. I spent a few days at Magee and was discharged once the bleeding subsided. A few days later, the bleeding started again. This time I was kept in the hospital until they induced me on Dec. 14, 2019. During my stay on the antepartum floor, I was cared for by the nurses, and of course, the Maternal Fetal Medicine team. Again, everyone was amazing! After being induced the late evening Dec. 14, I ended up having a full placenta abruption in the afternoon of Dec. 15. I was sitting in a large pool of blood (ended up being about 2 liters). My husband alerted my labor and delivery nurse, Lori, who alerted the rest of the team. I was told that they needed to deliver my baby via C-section right then. The team had me into the operating room, and my baby safety delivered in FOUR MINUTES! My daughter was taken to the NICU for some mild respiratory issues. She stayed in the NICU for nine nights to help her gain some weight and breathe 100 percent perfectly. The NICU staff (especially Nicole Bruzda) was out of this world! They gave us constant updates and always made us feel comfortable and at ease during an extremely emotional and stressful time. While my daughter was in the NICU, I also was kept in the hospital for a blood infection. On Dec. 24, we were both finally discharged to go home as a family! My husband and I are so grateful to the entire staff at Magee for keeping my daughter and myself safe. Today, our daughter Avianna, is a healthy, happy, (almost) 5-month-old!" - Natalia, Avianna's mom.

‘I Had Never Felt Such Relief in My Heart’

"In March 2018, at 26 weeks pregnant, I found out my son's kidneys had shut down completely and lost all amniotic fluid. In April, I went and sat for a four-hour sonogram. It was exhausting and very scary. The doctor came in and reassured me that even though my son had a chance of not making it because of his underdeveloped lungs, they would do everything in their power to fight for him. I had never felt so much relief in my heart. During my C-section, there wasn't a person that didn't try to keep me smiling. They all reassured me that they would be right there! There were so many people in the delivery room, and they held me tight and kept me laughing and smiling. The neonatologist was amazing, and the same day I had my son, I got up and rolled down to the NICU to see him! Today he is a beautiful 2-year-old!"- Samantha, D'Kaiden's mom. 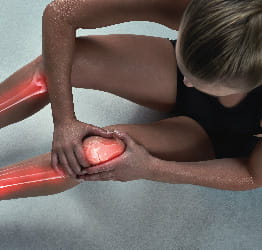 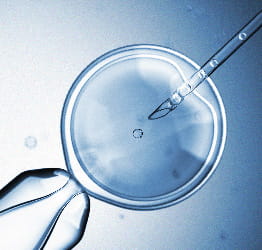 Center for Fertility and Reproductive Endocrinology 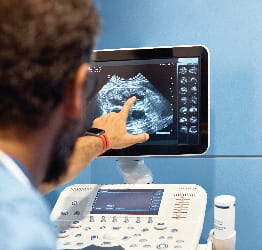 As a UPMC learning specialist, Jennifer Kennedy usually focuses on employee orientation, training, and workshops. But when she found a worrisome bump on her breast, she got the chance to see things from a different perspective — and experience first-hand the coronavirus safety measures now in place to protect patients and staff at UPMC Magee-Womens Hospital.

For Lindsay Kennedy, RN, BSN, working on the frontlines in the labor and delivery unit at UPMC Magee-Womens Hospital while pregnant during a pandemic isn’t just a job — it’s a personal mission.

Midwife Performs Special Rendition of “Lean on Me”: Meet Rachel

The city of Pittsburgh declared May 16, 2019, "Jaja Day" to honor "The Singing Doctor" Carey Andrew-Jaja, MD, for singing to almost every baby he's delivered at UPMC.

Read the story on our HealthBeat blog

Mary Ellen Kremer, patient services representative at UPMC Magee-Womens Hospital, only needs a little bit of sparkle to make people smile. For the past three years, she’s been using a particularly crafty and colorful method to bring joy to patients.

Read the story on our HealthBeat blog