Under Dr. Kupfer's former direction as chair of the department of psychiatry from 1983-2009, Western Psychiatric Institute and Clinic became one of the nation's preeminent university-based psychiatric centers, illustrated by the quality and number of publications and the amount of peer-reviewed federal funding for mental health research.

For more than 35 years, Dr. Kupfer's research has focused primarily on the conceptualization, diagnosis and treatment of mood disorders.  Dr. Kupfer has promoted widespread collaborations between clinical investigators in psychiatry and basic neurosciences. The resulting studies encompass virtually every psychiatric disorder in every age group, from infants to the "oldest old." Past research studies have focused on sleep disorders, mood and anxiety disorders, bipolar disorder, depression and insomnia.

Before joining the University of Pittsburgh faculty, Dr. Kupfer earned his B.A. and medical degree from Yale University. Following completion of an internship, Dr. Kupfer continued his postgraduate clinical and research training at the Yale New Haven Hospital and at the National Institute of Mental Health (NIMH). In 1969, he was appointed as assistant professor of psychiatry at Yale University School of Medicine.

Dr. Kupfer's bibliography includes more than 800 articles, books and book chapters that examine treatment in recurrent depression, the causes of depression and the relationship between biomarkers and depression. In addition to serving on the editorial boards of several publications, including Addictive Behavior, Archives of General Psychiatry, Neuropsychobiology, and Psychiatry Research, Dr. Kupfer is the editor of Current Opinion in Psychiatry and the associate editor of Bipolar Disorders.

In recognition of his contribution to the field, Dr. Kupfer has been the recipient of numerous awards and honors including the A.E. Bennett Research Award in Clinical Science (1975), the Anna-Monika Foundation Prize (1977), the Daniel H. Efron Award (1979), the Twenty-Sixth Annual Award of the Institute of Pennsylvania Hospital in Memory of Edward A. Strecker, M.D. (1989), the William R. McAlpin, Jr., Research Achievement Award (1990), the 1993 American Psychiatric Association Award for Research in Psychiatry, the First Isaac Ray Decade of Excellence Award (1994), the Twelfth Annual Edward J. Sachar Award (1996), the 1996 Gerald Klerman Lifetime Research Award (jointly with Dr. Ellen Frank), the Institute of Medicine's 1998 Rhoda and Bernard Sarnat International Prize in Mental Health, and the American Psychopathological Association's 1999 Joseph Zubin Award (jointly with Dr. Frank). He was elected to the Institute of Medicine of the National Academy of Sciences in 1990. 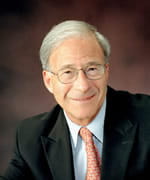