Dr. Yealy has focused most of his research on clinical decision making and the early care of many life-threatening conditions, including community-acquired pneumonia, sepsis, acute heart failure and respiratory failure. In 2009, he received the Outstanding Contribution in Research Award from the American College of Emergency Physicians for his significant contributions to the field.

Dr. Yealy received his undergraduate degree from Villanova University in 1981 and his medical degree in 1985 from the Medical College of Pennsylvania in Philadelphia. He completed his residency and a clinical research fellowship at the University of Pittsburgh School of Medicine.

The author of more than 300 works, Dr. Yealy is also co-editor of "The Trauma Manual: Trauma and Acute Care Surgery," a practical guide to emergency and surgical care which has been adopted by many training programs throughout the nation since its publication in 1997. 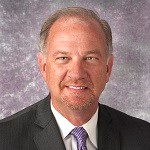