At UPCI, Dr. Roodman focuses his research on the investigation of multiple myeloma, a cancer of the plasma cells that play a vital role in the body's immune defenses. In addition to multiple myeloma, Dr. Roodman's research focuses on Paget's disease of the bone, the second most common bone disease diagnosed in the United States.

Dr. Roodman is studying the mechanisms that control and promote osteoclast formation to limit the breakdown of bone tissue that occurs in both diseases. In patients with multiple myeloma and Paget's disease, osteoclast activity is increased, resulting in the destruction of bone.

Prior to his position at UPCI, Dr. Roodman was associate chair for research in the department of medicine at the University of Texas Health Science Center in San Antonio. While there, he identified an enzyme, OIP-2, that appears to be a regulator of osteoclast formation. OIP-2 may be responsible for restricting osteoclast numbers to low levels, and thus holds promise as a treatment for patients with multiple myeloma and Paget's disease suffering from damaged and weakened bones. Dr. Roodman also is examining MIP1-alpha receptor antagonists to determine their promise as a therapeutic agent for patients with multiple myeloma.

Dr. Roodman has authored and co-authored more than 150 publications in the medical literature. He is a member of the American Society of Hematology, International Society for Experimental Hematology and the American Society for Bone and Mineral Research, among others. He is on the editorial board of several journals including the Journal of Clinical Investigation and Experimental Hematology 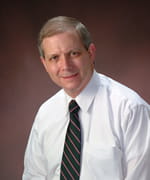