Prior to coming to the University of Pittsburgh, Dr. Schatten was research director of the Center for Women’s Health and professor of obstetrics and gynecology, and cell and developmental biology at the Oregon Health and Science University (OHSU) in Portland. He was a senior scientist at the Oregon Regional Primate Research Center.

In addition, Dr. Schatten is a founding course director of Frontiers in Reproduction at the Marine Biology Laboratory in Woods Hole, Mass., an intensive course in modern bioscience techniques for beginning investigators in reproductive sciences. He is the only American on the executive committee of UNESCO’s International Cell Research Organization, and is a mentor for career development of scientists worldwide. Dr. Schatten is the recipient of a MERIT award from the National Institutes of Health, and was recently awarded the Purkinje Medal of Sciences by the Czech Academy of Sciences. He has received extensive funding from the NIH and is the author of more than 200 peer-reviewed publications.

Dr. Schatten is one of the nation’s leading reproductive and developmental scientists and is on the forefront of several promising technologies related to human development and human reproduction that will lead to a better understanding, and potentially cure, for human diseases such as Alzheimer’s and diabetes.

Prior to joining OHSU in 1997, Dr. Schatten was a professor of zoology, molecular biology and obstetrics and gynecology at the University of Wisconsin, Madison. Dr. Schatten is the author and co-author of numerous papers and articles on fertilization, cell biology, development, infertility and assisted reproductive technologies. He received his bachelors and doctoral degrees at the University of California, Berkeley. 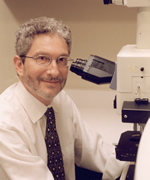