Dr. Greenamyre’s research includes mechanisms that cause nerve cell death in disorders such as Parkinson's, Huntington's and Alzheimer's diseases. In Parkinson’s disease, he is interested in interactions between environmental toxins (natural or man-made) and genes that increase or decrease an individual’s susceptibility to developing the disease and the role of glutamate neurotransmission in the symptoms of Parkinson's. In Huntington’s disease, his laboratory focuses on mitochondrial calcium handling and proteomics.

He is the editor of the scientific journal, Neurobiology of Disease, and an associate editor of The Journal of Neuroscience, section editor of Functional Neurology, and serves on the editorial boards of Neurology and Critical Reviews in Neurobiology. In October 2004, he delivered the Presidential Lecture at the Annual Meeting of the Society for Neuroscience. 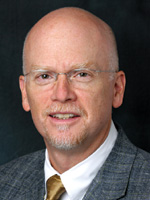