Prior to joining the university faculty, Dr. Nelson received his B.S. from the University of Pittsburgh in 1983 and his medical degree from Northwestern University, where he was chief resident in urology from 1993 to 1994. Following surgical and urologic residencies at the McGaw Medical Center of Northwestern University and a fellowship at the Brady Urological Institute, he became an assistant professor of urology and oncology at Johns Hopkins University School of Medicine and director of urologic oncology at Johns Hopkins Bayview Medical Center.

Dr. Nelson's clinical interests include prostate cancer and other urinary tract malignancies. He is one of the country's leading surgeons performing nerve-sparing radical prostatectomy, an operation in which a cancerous prostate gland is removed but the nerves controlling erections are left in tact. Nelson also maintains an extensive research program to rapidly translate basic laboratory findings into clinical trials. Primarily, Dr. Nelson’s research focuses on new ways to treat advanced prostate cancer that no longer responds to hormone therapy.

In the mid 1990's, Dr. Nelson's laboratory identified the protein endothelin-1 in advanced prostate cancer and published evidence suggesting that this factor contributes to prostate cancer growth and spread to the bones, in addition to causing pain associated with bone metastasis. Subsequently, Nelson developed clinical protocols using an agent to block the activity of endothelin-1. While at Johns Hopkins University, the clinical trials involved men with advanced prostate cancer whose disease was androgen independent and thus resistant to mainstay, anti-hormone therapies. To date, results in treated patients show a decline in prostate specific antigen, a protein that at high levels is associated with prostate cancer activity, and a decrease in pain.

Dr. Nelson has gained considerable recognition for both his clinical work and research. He has been featured in several publications due to the great strides he has made in the treatment of prostate cancer and is the recipient of multiple awards. For four consecutive years, he received a research award from the CaPCURE Foundation, an organization established to fund promising research on prostate cancer. From 1994 to 1996, he was a Dornier Scholar with the American Foundation for Urologic Disease. In 1997, he was named Pfizer Scholar in Urology, and in 1999, he received a SBUR/Merck Young Investigator Award for his studies. In addition, Dr. Nelson also serves on the consulting editors board for the scientific journal Urology and is an ad hoc reviewer for several other medical publications, including The New England Journal of Medicine.

Currently, Dr. Nelson is a dedicated professor and chairman of the department of Urology. However, he is also active within clinical practice and remains involved in prostate cancer research. Through implementing such research into clinical trials, Dr. Nelson is continually striving to discover new methods of treating advanced prostate cancer. 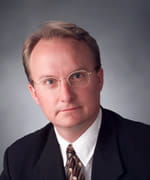