In 2001, Dr. Greenberger and colleagues at UPCI received a five-year, $12 million Specialized Program of Research Excellence (SPORE) grant for lung cancer research from the National Cancer Institute. Under the grant, Dr. Greenberger is examining the use of manganese superoxide dismutase (MnSOD) plasmid liposome gene therapy as an agent to protect the normal tissues in the esophagus and lung from damage during radiation therapy. Damage to normal tissues during radiation therapy has been a major limitation to the effective treatment of lung cancer. The goal of his research is to improve the quality of life for lung cancer patients by potentially allowing the use of higher doses of radiation or chemotherapy to effectively treat lung cancer without the damaging side effects.

He is a recipient of the Sara Stone Burns Award from the Massachusetts Division of the American Cancer Society for an innovative, research grant proposal 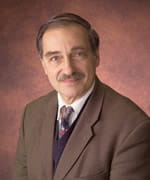