Dr. Rittenberger has focused much of his academic research on the use of therapeutic hypothermia for treatment of post-cardiac arrest patients and acute neurologic injury. He is also an expert on neurologic prognosis following cardiac arrest. His published articles have appeared in the journals Resuscitation and Neurocritical Care. He is a member of the American College of Emergency Physicians, where he was named a fellow in 2010, and the American Heart Association. 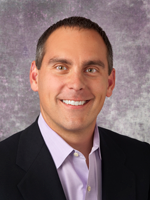