Dr. Lephart’s clinical research in the NMRL focuses on the biomechanical and neuromuscular factors into the causes, prevention, treatment and rehabilitation of common sports-related musculoskeletal injuries as well as athletic performance enhancement. Two of Dr. Lephart’s major ongoing research projects are the Female ACL Injury Prevention Study and the Golf Injury Prevention Project.

Dr. Lephart joined the University of Pittsburgh in 1988, where he was coordinator of sports medicine services in the department of athletics until 1993. He has served as director of the UPMC Rooney Sports Complex Neuromuscular Research Laboratory since its inception in 1989. In 1990, Dr. Lephart developed and continues to direct the University of Pittsburgh sports medicine masters and doctoral programs. Since 1999, he also has served on the executive committee of the Musculoskeletal Research Center in the department of orthopaedic surgery.

In 1994, Dr. Lephart won the Charles S. Neer Award for Outstanding Basic Science Research from American Shoulder and Elbow Surgeons Society. He was the inaugural recipient of the NATA Research and Education Foundation New Investigator Award in 1996, recently named the Freddie H. Fu, M.D., New Investigator Award. In 1998, he was the NATA national program chairman for the 48th Annual Symposium in Baltimore. In 2002, Dr. Lephart was presented with the NATA Research and Education Foundation’s William G. Clancy, Jr., M.D., Medal for Distinguished Research.

Dr. Lephart serves on several editorial boards, including Journal of Sport Rehabilitation and Sports, Exercise and Injury. He is an editor’s reviewer for Journal of Athletic Training and American Journal of Sports Medicine.

Dr. Lephart has received numerous grants to support his research, which, in recent years has focused on the causes and prevention of various sports-related hip, knee and shoulder injuries in addition to his focus on golf and female ACL injuries. He is the author of more than 100 peer-reviewed research publications, scientific abstracts, textbooks and textbook chapters. He has been invited to present his research internationally at more than 30 meetings and symposiums.

Among Dr. Lephart’s professional affiliations, he is a Fellow of the American College of Sports Medicine; a member of the Pennsylvania Athletic Trainers’ Association; and a member of the Sigma Xi Scientific Research Society. 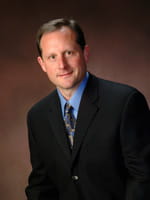