Dr. Obagi has been quoted extensively in print publications including USA Today, Elle, Woman’s World, CNN.com, The Pittsburgh Post-Gazette and The Pittsburgh Tribune-Review. She has also appeared on ABC, KDKA-TV, WTAE-TV and WPXI-TV. She was also cited by the New York Times Style Magazine as one of the top cosmetic surgeons in the United States.

While Dr. Obagi’s emphasis is on the scientific approach to skin health restoration, she continues to be abreast of the latest technologic advances in cosmetic surgery including the use of the latest laser and radio-frequency technologies.

Her research interests include ways to improve adipocyte (fat) survival after transplantation to further enhance the results of autologous fat augmentation surgery. In addition, she has done research on patient safety in skin resurfacing, laser treatment for improving Raynaud’s phenomenon, and ultrasound measurement of long-term fat graft survival after transplantation. 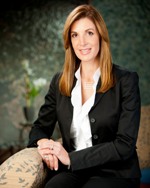