Dr. Monk’s research has focused on the human circadian clock and its influence on alertness, sleep, mood and performance.  He is a full-time researcher and educator in the field of human sleep and circadian rhythms, concerned mostly with the consequences of circadian dysfunction as occasioned by aging, depression, abnormal work hours, jet-lag and spaceflight.  His sleep experiments have flown aboard Space Shuttle Columbia and Space Station Mir.

As a nationally recognized sleep expert, Dr. Monk has written and reviewed over 150 articles and has authored six books.  He has appeared on CBS News and NPR and has been quoted in the New York Times and the Chicago Tribune. 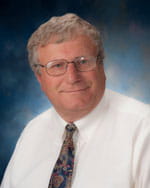