Dr. Hogge’s research interests are in the areas of prenatal diagnosis and treatment of genetic disorders, and the genetic etiologies of recurrent pregnancy loss. 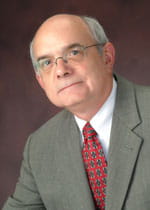