PITTSBURGH – For years, many pregnant women and surgery patients have suffered from chronic itching when they get spinal or epidural morphine to reduce pain. Now, researchers at the University of Pittsburgh School of Medicine have shown exactly what is going on in spinal neurons to cause itch and have identified a drug that may fix the problem without reducing morphine’s pain-killing effects. These findings appear today in Science Translational Medicine. 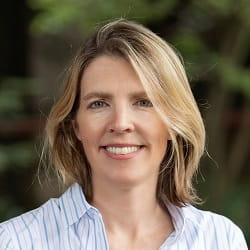 Patients with itch from spinal and epidural morphine typically get antihistamines on the theory that the mast cells of the immune system—which release the small inflammatory molecule histamine—are the cause of the nagging sensation. But the Pitt group, led by Sarah Ross, Ph.D., associate professor of neurobiology and anesthesiology, found that mast cells play no role in morphine-induced itching. “People who study itch, like us, were skeptical that that was the mechanism when you give morphine at the spinal cord because these mast cells are way out in the skin,” Ross said.
For this study, Ross’s team bred mice that lack mast cells. Although these special mice didn’t get itchy from a shot of morphine under the skin—as a normal mouse would—they scratched just as much as usual when morphine was delivered to the space around the spinal cord, indicating that mast cells are not involved.
Going deeper, the researchers identified a spinal cord circuit that’s responsible for opioid-related itch. When morphine attaches to receptors on one set of neurons that make a peptide called dynorphin, this reduces their ability to inhibit another set of itch-promoting neurons. This creates the itching sensation.
But a drug called nalfurafine quiets those itch-promoting neurons. The researchers found that, in both mice and monkeys, nalfurafine relieved spinal morphine-induced itch while still reducing pain. 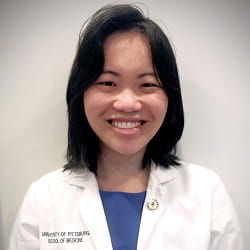 “I think we have some really promising evidence,” said study lead author Eileen Nguyen, a doctoral student in Ross’s lab. “Nalfurafine could be used to treat itching caused by spinal morphine.”
Nalfurafine is clinically approved in Japan to treat itching caused by liver disease—another type of itch where histamine doesn’t seem to be involved.
“Itch is a huge unmet need,” Ross said. “For instance, there’s the unrelenting itch all the time as a consequence of shingles. For those people, there’s nothing to relieve the itch; it’s embarrassing to scratch, and it drives them crazy. And there’s no treatment for it.”
Ross said future research in her lab will try to identify the specific spinal neuron receptors that block itch to help guide the development of new anti-itch drugs.
Additional authors on the study include Grace Lim, M.S., M.D., and Junichi Hachisuka, M.D., Ph.D., both of Pitt; and Huiping Ding, Ph.D., and Mei-Chuan Ko, Ph.D., of Wake Forest University.
This research was supported by National Institute of Arthritis and Musculoskeletal and Skin Diseases  grants AR063772 and AR069861, National Institute of Neurological Disorders and Stroke grant NS096705, NIH National Research Service Award grant F31NS113371, and National Institute of General Medical Sciences grant T32GM008208, and the Virginia Kaufman Endowment Fund. IMAGE INFO: (click images for high-res version)