PITTSBURGH – With the aid of sophisticated machine learning, researchers at UPMC and the University of Pittsburgh School of Medicine demonstrated that a tool they developed can rapidly predict mortality for patients facing transfer between hospitals in order to access higher-acuity care. This research, published today in PLOS One, could help physicians, patients and their families avoid unnecessary hospital transfers and low-value treatments, while better focusing on the goals of care expressed by patients. 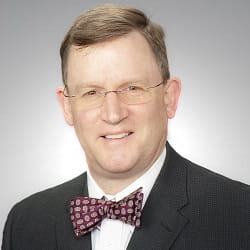 Each year, nearly 1.6 million patients—or as much as 3.5% of all inpatient admissions—are transferred from one hospital to another to access specialized care for complex conditions. “However, securing these services often requires burdensome travel and reduced community support for patients and their families. While some may recover from the acute illness, many others realize little benefit in terms of improved outcomes,” said Daniel E. Hall, M.D., corresponding author of the study, as well as medical director of high-risk populations and outcomes at the UPMC Wolff Center and associate professor of surgery at Pitt’s School of Medicine.
To address this gap in the coordination of patient care, which currently relies on the ad hoc judgement of bedside clinicians, Hall and his team developed a real-time tool that can predict mortality outcomes for patients at the time of hospital transfer and deliver these results to physicians in less than five minutes.
Using data from nearly 21,000 patients aged 18 and older who were transferred to a UPMC hospital during a 12-month period, the researchers developed and validated a mortality risk-assessment tool dubbed “SafeNET” (Safe Nonelective Emergent Transfers). After studying other mortality risk models currently used in hospital intensive care unit and admission settings, Hall and his team constructed a list of 70 independent variables used in one or more of these models, including patient demographics, vital signs, lab tests and other factors.
They then analyzed UPMC billing data and inpatient electronic health records to determine if these variables were recorded by the receiving hospital and focused only on those available within three hours of transfer. That culled the list to 54 of the 70 variables. Using guided machine learning on both training and test sets of the data, the team ultimately developed their SafeNET algorithm composed of 14 variables that reliably and rapidly predict in-hospital, 30-day and 90-day mortality for transferred patients. They also compared SafeNET’s predictive ability to another tool used for patients with infection—and found that the SafeNET algorithm was more accurate and could be used in a more general patient population.
“Our overarching goal was to provide much-needed information to front-line physicians to trigger and inform shared decisions about the highest risk patients,” said Hall. “This tool could help to direct additional resources to these patients to ensure that the plan of care is consistent with the patient’s values and goals. Frequently, transferred patients and their families don’t understand the severity of the illness they are facing and have unrealistic expectations about the outcomes that a transfer for higher-level care will produce.”
By piloting the tool in three hospitals within the UPMC system, the researchers built SafeNET as an easily accessible, web-based application. SafeNET guided users to enter as many of the variables as were immediately available and then generated a predicted mortality risk—doing so accurately even when at least one variable was missing, which occurred more than half the time.
Hall cautions that further work is needed before widely deploying SafeNET. Since the data were restricted to a single, multi-hospital system, the findings may not generalize to other care settings. And some of the information that feeds the algorithm may be subject to bias.
Work is ongoing at UPMC to build care pathways triggered by the SafeNET score that direct needed resources to patients at greatest risk of poor outcomes. For instance, the tool is being used in pilot studies to initiate goal-clarification conferences among clinicians contemplating a transfer between hospitals, and to deliver remote, video-conferenced palliative care services to patients being considered for transfer.
“SafeNET is not meant to supersede clinical judgement,” Hall noted. “Instead, its intent is to trigger a ‘pause’ so that clinicians are better prepared to inform and guide patients and families, preferably before a critically ill patient is transferred. We know that patients or their surrogates who participate in conversations with physicians about their values tend to receive care that is consistent with their preferences. SafeNET may be an effective and inexpensive tool for facilitating those important conversations.”
In addition to Hall, other study authors are Stefanie C. Altieri Dunn, Johanna E. Bellon, Andrew Bilderback, Jeffrey D. Borrebach, Jacob C. Hodges, Mary Kay Wisniewski and Tamra E. Minnier, all of the UPMC Wolff Center; Matthew E. Harinstein, M.D., of the UPMC Heart and Vascular Institute, and Joel B. Nelson, M.D., of Pitt and UPMC.  Funding and support for this work were provided by UPMC.   PHOTO INFO: (click image for high-res version)