PITTSBURGH – Affirming the benefits of fetal surgery for spina bifida, new findings show prenatal repair of the spinal column confers physical gains that extend into childhood. The findings were published today in JAMA Pediatrics.
As a follow up to the landmark 2011 Management of Myelomeningocele Study (MOMS), researchers found that children who underwent fetal surgery for myelomeningocele—the most severe form of spina bifida—were more likely than those who received postnatal repair to walk independently, go up and down stairs, and perform self-care tasks such as grooming. They also had stronger leg muscles and walked faster than children who had spina bifida surgery after birth. 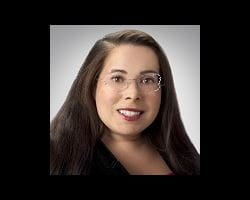 “This important data demonstrates that fetal surgery for spina bifida improves mobility well into school age, and the implications of these results are even more profound,” said lead author Amy Houtrow, M.D., Ph.D., M.P.H., division chief, pediatric rehabilitation medicine at UPMC Children’s Hospital of Pittsburgh, and professor and vice chair, physical medicine and rehabilitation at the University of Pittsburgh School of Medicine. “When children are able to move around independently and interact more easily with their peers and their environment, it dramatically changes the way they engage with the world. Additionally, demonstrating more independence with self-care skills at school-age means they are more likely to be independent as adults.”
Myelomeningocele is a birth defect in which the spinal cord and nerves are exposed because the overlying tissues do not form properly during pregnancy. It affects around 1,500 newborns each year in the U. S. Left untreated, the condition causes moderate-to-severe physical disabilities.
Of the 183 families enrolled in the original MOMS trial, 154 children participated in a physical assessment of motor function, self-care and recreational skills as part of MOMS2 when they were 5 to 10 years old. Parents of the children were asked about physical skills such as being able to sit upright independently and, for those who could walk, being able to perform skills like jumping, walking up and down stairs and standing on one foot.
“This study shows that the benefits of fetal surgery for spina bifida extend beyond early childhood and well into a child’s first decade of life,” said N. Scott Adzick, M.D., surgeon-in-chief at Children’s Hospital of Philadelphia, director of CHOP’s Center for Fetal Diagnosis and Treatment, and co-author of the study. “This is especially important because of previously raised concerns that the advantages from fetal surgery may decrease over time. Contrary to those concerns, there appears to be a long-term benefit from neural protection in utero.”
UPMC Children’s and UPMC Magee-Womens Hospital offer fetal surgery for spina bifida through the Fetal Diagnosis and Treatment Center. For more information on these services, please visit: https://www.upmc.com/locations/hospitals/magee/services/fetal-diagnosis-and-treatment-center.
The research was funded by Eunice Kennedy Shriver National Institute of Child Health and Human Development grant U011HD06854.
Additional authors on the study include Cora MacPherson, Ph.D., Pamela Burrows, M.S., and Elizabeth Thom, Ph.D., of George Washington University; Janet Jackson-Coty, D.P.T., P.C.S., of Thomas Jefferson University; Monica Rivera, P.T., D.P.T.S., of California State University, Fresno; Laura Flynn, P.T., P.C.S., and John Brock III, M.D., of Vanderbilt University; Jack Fletcher, Ph.D., of University of Houston; Nalin Gupta, M.D., Ph.D., and Hanmin Lee, M.D., of University of California San Francisco; Lori Howell, D.N.P., of Children’s Hospital of Philadelphia; and William Walker, M.D., of University of Washington.