PITTSBURGH – Why do patients who receive antipsychotic medications to manage schizophrenia and bipolar disorder quicky gain weight and develop prediabetes and hyperinsulemia? The question remained a mystery for decades, but in a paper published today in Translational Psychiatry, researchers from the University of Pittsburgh School of Medicine finally cracked the enigma.
Antipsychotic drugs, scientists showed, not only block dopamine signaling in the brain but also in the pancreas, leading to uncontrolled production of blood glucose-regulating hormones and, eventually, obesity and diabetes. 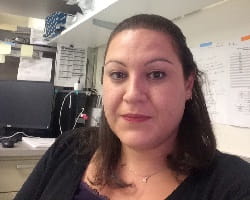 “There are dopamine theories of schizophrenia, drug addiction, depression and neurodegenerative disorders, and we are presenting a dopamine theory of metabolism,” said lead author Despoina Aslanoglou, Ph.D., a postdoctoral fellow at Pitt’s Department of Psychiatry. “We’re seeing now that it is not only interesting to study dopamine in the brain, but it is equally interesting and important to study it in the periphery.”
Dopamine is a neurotransmitter that acts as a chemical messenger between neurons and is commonly known to play a role in pleasure, motivation and learning. And antipsychotic medications—such as clozapine, olanzapine and haloperidol—relieve hallucinations and delirium by blocking a subtype of dopaminergic receptors in the brain called D2-like receptors and preventing dopamine molecules from causing neurological effects. 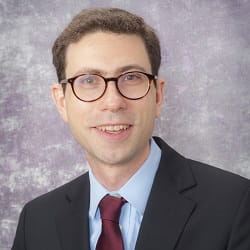 But, as Aslanoglou and senior author Zachary Freyberg, M.D., Ph.D., assistant professor of psychiatry and cell biology at Pitt, found, it’s not so simple.
“We still don’t really understand how dopamine signals biologically,” said Freyberg. “Even decades after dopamine receptors have been discovered and cloned, we still deploy this ’magical thinking’ approach: something happens that’s good enough. We use drugs that work on dopamine receptors, but how they intersect with this ’magical system’ is even less understood.”
The human pancreas contains miniature structures called pancreatic islets, which are made up of alpha and beta cells whose function is to produce and secrete hormones that regulate blood glucose. Alpha cells produce glucagon to raise blood glucose, and beta cells produce insulin to lower blood glucose back to normal.
If even one player in the glucose-regulating machinery breaks, our bodies begin to suffer. Low blood glucose makes us feel dizzy and faint, while high blood glucose—when sustained for a long time—causes diabetes and other complications in the cardiovascular system.
And, as it turns out, dopamine can tip the scales.
Freyberg’s team found that both pancreatic alpha and beta cells can make their own dopamine, confirming that its effects aren’t limited to the brain. What’s more, while beta cells primarily rely on the uptake of the dopamine precursor L-DOPA, alpha cells can make L-DOPA from scratch and ramp up its production in response to glucose. This raises the possibility that alpha cells can use dopamine to not only signal at their own receptors, but also supply it to beta cells, where it acts on D2-like receptors and inhibits secretion of glucose-lowering insulin.
And unexpectedly, the researchers discovered that pancreatic dopamine also can act on receptors designed to recognize other molecules, such as “fight-or-flight” messengers adrenaline and noradrenaline.
At a low concentration, scientists showed, dopamine primarily binds to inhibitory D2-like dopamine receptors and blocks insulin or glucagon release. At high concentrations, however, dopamine also can bind to beta-adrenergic receptors and become stimulatory, pushing hyperglycemic effects of glucagon release in alpha cells while at the same time inhibiting insulin release in beta cells through inhibitory alpha-adrenergic receptors.
Together, these findings finally explain how psychiatric patients develop metabolic syndrome after getting treatment. Blocking inhibitory dopamine receptors with antipsychotics causes a vicious circle—the brake comes off and insulin and glucagon release become unchecked, quickly desensitizing the body and further propagating hyperinsulimia, hyperglycemia and, eventually, obesity and diabetes.
“When you identify something so important, you have to make sure you find an application for it and improve people’s lives,” said Aslanoglou. “Our discovery can inform us of how to better formulate drugs to target dopamine signaling. This might be a novel pathway to therapeutics in both psychiatry and metabolism.”
Additional authors of the paper include Suzanne Bertera, Ph.D., Massimo Trucco, M.D., and Rita Bottino, Ph.D., all of the Allegheny Health Network Research Institute; Marta Sánchez-Soto, Ph.D., Benjamin Free, Ph.D., and David Sibley, Ph.D., all of the National Institutes of Health (NIH); Jeongkyung Lee, Ph.D., Wei Zong, Ph.D., Xiangning Xue, Ph.D., and Vijay K. Yechoor, M.D., all of Pitt; Shristi Shrestha, Ph.D., and Marcela Brissova, Ph.D., both of the Vanderbilt University Medical Center; Ryan Logan, Ph.D., of The Jackson Laboratory; and Claes B. Wollheim, M.D., of the University of Geneva, Switzerland.
This research was supported by the U.S. Department of Defense (grant # PR141292), the John F. and Nancy A. Emmerling Fund of The Pittsburgh Foundation, the Intramural Research Program of the National Institute of Neurological Disorders and Stroke in the NIH (grant # R01DK097160), and U.S. Department of Veterans Affairs grant VA-ORD-BLR&D I01BX002678. PHOTO INFO: (click images for high-res versions)