How Childhood Infections Could Shape Pandemics 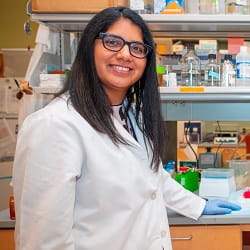 “These results are relevant right now to the COVID-19 pandemic,” said senior author Seema Lakdawala, Ph.D., assistant professor of microbiology and molecular genetics at Pitt. “They may explain age-based distributions of SARS-CoV-2 disease severity and susceptibility.
“Having flu once does not make you immune to all future influenza viruses,” she said. “Nor does having had the original SARS virus in 2003 or any of the ‘common cold’ coronaviruses in circulation necessarily mean you can’t get infected with SARS-CoV-2. But your susceptibility to infection might be different than someone who has never encountered a coronavirus.”
Lakdawala and her colleagues devised an experiment using ferrets—which previous studies have shown have a similar susceptibility and immune response to flu as humans—and mimicked real-world, human conditions. The experiment was designed to test the concept of “The Original Antigenic Sin,” which is when a person’s first exposure to a pathogen imprints on their immunity to all future infections.
This phenomenon is seen in the populations affected by previous flu epidemics and pandemics. For example, the 2009 H1N1 flu pandemic disproportionately affected people ages 5 to 24, suggesting that older people had been exposed to a previous strain of flu that gave them lasting immunity, protecting them from the newer strain.
In the ferret experiment, the scientists infected different groups of ferrets who had never had the flu with one of two different strains of influenza—seasonal H3N2 flu or the 2009 pandemic H1N1 flu—and waited three months to allow the immune system to calm down and develop a more mature immunity to whichever strain they were exposed to.
Next, the ferrets with H3N2 immunity were exposed to ferrets contagious with H1N1 virus, and the ferrets with H1N1 immunity were exposed to ferrets contagious with H3N2 virus. 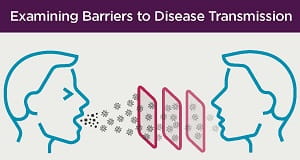 The scientists mimicked human workdays and weekends, comingling the contagious ferrets with their peers for 8 hours per day over five-day periods—much the way humans who work in cubicles would mix—or continuously over two days, similar to a family weekend.
The ferrets with previous H1N1 infection had protection against airborne transmission of H3N2 flu from a contagious peer. But ferrets with previous H3N2 infection didn’t have the same level of protection against H1N1 and got infected at the same rate as an animal without prior immunity.
“This was really surprising,” said Lakdawala. “Our immunity can shape how susceptible we are to subsequent infections, but that is not uniform. We have long ignored that not every strain of a virus is going to transmit through a population in the same way. That’s important to understand when preparing for future pandemics.”
The experiment did not reveal why the ferrets with previous H1N1 infection were protected against H3N2, nor why prior H3N2 infection didn’t block H1N1. But the scientists did find that the immunity was not due to neutralizing antibodies, which are antibodies acquired following vaccination or infection that specifically target and neutralize a defined pathogen. This finding indicates the immunity was likely driven by the adaptive immune response—meaning that the previous H1N1 infection primed the immune system to be on the lookout for H3N2 and quickly eliminate it.
Future study is needed to reveal the precise immunological mechanism underlying such an immune response, but Lakdawala said that doesn’t mean public health authorities should wait to put the findings into action, especially in the midst of the COVID-19 pandemic. Understanding the different ways that infections affect people based on prior exposure could be leveraged to target age-based interventions or vaccination programs.
Additional authors on this study include Valerie Le Sage, Ph.D., Jennifer E. Jones, Ph.D., Karen A. Kormuth, Ph.D., Eric Nturibi, Gabriella H. Padovani, Andrea J. French, Annika J. Avery, Richard Manivanh, Ph.D., Elizabeth E. McGrady, and Amar Bhagwat, all of Pitt; William J. Fitzsimmons and Adam S. Lauring, M.D., Ph.D., both of the University of Michigan; and Claudia P. Arevalo and Scott E. Hensley, Ph.D., of the University of Pennsylvania.
This research was supported by National Institute of Allergy and Infectious Diseases grants HHSN272201400007C, 1R01AI139063-01A1, 1R01AI113047, and HHSN272201400005C; the American Lung Association, the Charles E. Kaufman Foundation and the Burroughs Wellcome Fund. PHOTO INFO: (click images for high-res versions)