A Subset of Immune Cells Contribute to Transplant Rejection

PITTSBURGH – Non-circulating memory T cells, whose main function is to provide local protection against re-infection, contribute to chronic transplant rejection, University of Pittsburgh School of Medicine researchers reveal in a paper published today in Science Immunology.
The scientists show that these “tissue-resident memory T cells” are harmful in situations where antigens that the cells recognize are present in the body for a long time, such as in cases of an organ or tissue transplant. This finding is an important step toward improving therapies to help prevent organ rejection in transplant recipients.

“Tissue-resident memory T cells serve an important surveillance function,” said co-senior author Martin Oberbarnscheidt, M.D., Ph.D., assistant professor of surgery at Pitt. “If these cells encounter the same pathogen more than once, they can help quickly eliminate it. But studying these cells in transplants gives us a unique opportunity to look into what happens when the antigen persists—a new organ transplant is a big piece of tissue which, unlike an infection, stays in the body for a long time.”
Immunologists and transplant surgeons have long been aware that T cells—a subset of immune cells central to the development of acquired immunity—play a critical role in acute rejection of a transplanted organ. But until now, the role of resident memory T cells in transplant rejection was overlooked. 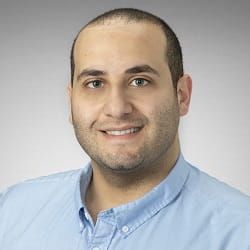 “Resident memory T cells turn from being protective against an infection into a problem in a transplant setting as they fight off a life-saving organ,” said lead author Khodor Abou-Daya, M.D., research assistant professor in Pitt’s Department of Surgery. “It’s an elephant in the room—T cells are present at a chronic stage of the kidney transplant rejection, but no one knew if these cells were functional.”
Using a mouse model of kidney transplantation, the researchers showed that, over time, activated T cells that infiltrate a transplanted organ morph into resident memory T cells. 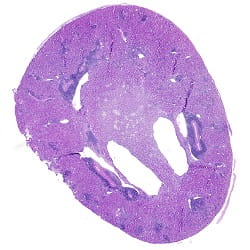 They discovered that if they surgically conjoin blood circulation of two mice, both of which received identical kidney transplants, memory T cells formed in transplanted organs don’t travel from one mouse to the other. Similarly, if a transplanted kidney was then removed and re-transplanted again to yet another mouse, resident memory T cells stayed in the transplanted kidney and didn’t disseminate anywhere else in the recipient’s body, establishing that these cells reside in the tissue permanently.
It also is remarkable that, despite the presence of the ubiquitous antigen, these tissue-resident memory T cells didn’t become “exhausted,” as commonly happens to these T cells during chronic infections and in tumors. Instead, the cells remained functional, proliferating and producing signals that sustained a prolonged immune response. Moreover, their formation precipitated kidney graft rejection.
“There is an assumption that T cells in transplanted organs or tissues are exhausted and dysfunctional and may not contribute significantly to tissue rejection,” said Abou-Daya. “Our work shows that tissue-resident memory T cells are functional and destructive.”
Specifically targeting these cells could improve clinical transplant outcomes while preserving the immune system’s ability to fight off infections, reducing the side effects of current systemic immunosuppressive therapies.
Other authors on the manuscript include Rayan Rammal, M.D., of the American University of Beirut, Lebanon; Roger Tieu, Daqiang Zhao, M.D., Faruk Sacirbegovic, Ph.D., Amanda Williams, M.S., and Warren Shlomchik, M.D., all of Pitt. Fadi Lakkis, M.D., of Pitt, is a co-senior author.
This work was supported by the National Institutes of Health (grants AI049466, AI145881, HL143349, AI074490, DK124925, GM008208, 1S10OD011925-01 and 1S10OD019942-01). It also was supported by the Ben J. Lipps Fellowship from the American Society of Nephrology and the Thomas E. Starzl Postdoctoral Fellowship in Transplantation Biology.  PHOTO INFO: (click images for high-res versions)