PITTSBURGH – It is widely assumed that Americans’ sexual activity took a nosedive during the early chaotic months of the coronavirus pandemic. But a new study from the University of Pittsburgh School of Medicine challenges this popular narrative.
In a research letter published in the Journal of Internal Medicine, scientists from Pitt and UPMC found that some people were having more sex during the pandemic than ever before. That group? Older men with erectile dysfunction. 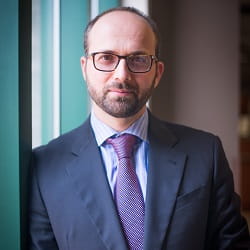 “People’s sexual lives contribute to the psychosocial fabric of society,” said senior author Benjamin Davies, M.D., director of the Urologic Oncology Program at UPMC Hillman Cancer Center and professor at Pitt’s Department of Urology. “We saw a huge spike in sales of daily use erectile dysfunction drugs, which suggests that some people were having more spontaneous sex than ever—with their partners at home, they wanted to always be ready.
In a review of National Sales Perspective data, the researchers found that sales of prescription daily-use erectile dysfunction drugs, such as tadalafil, soared after March 2020, when the country went into the nationwide lockdown.
Scientists used the sales rates of the widely available erectile dysfunction drugs as a proxy for the amount of sexual activity—and compared the changes in sales trends pre-pandemic, before March 2020, and after the pandemic was declared, between March and December of 2020. To account for possible fluctuations of drug sales due to other factors, such as ease of access to pharmacies, the researchers tracked the sales of urological drugs—which didn’t change in the months after the pandemic was declared.
Interestingly, scientists found, after a short decrease in sales in March and April, the sales of erectile dysfunction drugs have enjoyed a steady increase ever since. The sales of tadalafil, in particular—a longer-acting drug designed to be taken daily to help with spontaneous sexual activity—nearly doubled between February and December of 2020.
“Changes in sales of erectile dysfunction drugs can indicate important problems and point out issues in people’s general well-being,” said Davies.
Other authors on this manuscript include Inmaculada Hernandez, Pharm.D., Ph.D., Zeynep Gul, M.D., and Walid Gellad, M.D., M.P.H., all of Pitt.
This research was supported by National Heart, Lung, and Blood Institute grant # K01HL142847. PHOTO INFO: (click image for high-res version)