PITTSBURGH– Men at particular risk for HIV are very likely to consistently take prevention medication during vacations when their odds of contracting the virus are higher, according to a new study led by scientists at the University of Pittsburgh Graduate School of Public Health, The Fenway Institute and Harvard University.

The findings, published online and to be reported Saturday in the print issue of the Journal of Acquired Immune Deficiency Syndromes, indicate that short-term use of pre-exposure prophylaxis (PrEP) medication could be a highly successful way to prevent the spread of HIV in men who have sex with men and have difficulty with long-term PrEP use. It may also work to transition men to long-term PrEP use, which has been shown to be highly effective in reducing HIV transmission. 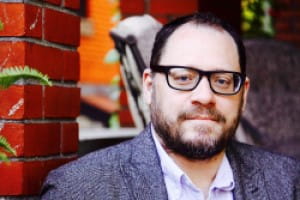 “We started this as a feasibility study to see if we could identify barriers to short-term PrEP use and make adjustments. But we were excited when we got the results and discovered that almost all the participants were adherent to the point of protection against HIV,” said lead author James Egan, Ph.D., M.P.H., assistant professor of behavioral and community health sciences at Pitt Public Health. “This gives us a promising strategy to pursue in engaging at-risk men in HIV prevention efforts that work for them.”

When taken as a daily pill, PrEP reduces the risk of getting HIV from sex by about 99%, according to the Centers for Disease Control and Prevention. However, adhering to a daily medication regimen doesn’t work for everyone for reasons that include cost and individual concerns about the biological consequences of long-term medication.

Previous studies have shown that there are certain periods when men who have sex with men are more vulnerable to contracting HIV, including when traveling, on vacation, moving to a new city or after a break-up. Egan and his team set out to explore whether these men might be more receptive to adhering to PrEP treatment during these times.

The team followed 48 adult men from Pittsburgh or Boston who have sex with men in a pilot program to test the daily use of PrEP for 30 days that included an out-of-town vacation, with the men starting the medication seven days before the trip and continuing for at least seven days after vacation. The men were also given a brief session introducing them to the use of PrEP.

After their vacations, 94% of the men had blood concentrations protective against HIV, consistent with regular use of the medication. Almost 75% reported condomless sex during vacation, and about a third reported recreational drug use. None of the men contracted HIV during their vacation, though one of the men contracted the virus during the three-month post-vacation follow-up period when he’d had a lapse in use of PrEP associated with loss of health insurance and a move to a new city.

Additionally, 70% of the participants indicated an interest in continuing daily PrEP use long-term.

“That really stood out to us,” said senior author Kenneth Mayer, M.D., medical research director at The Fenway Institute at Fenway Health in Boston and professor of medicine at Harvard. “It shows us that introducing short-term use of PrEP before a vacation could lead to longer-term use. This presents an enticing opportunity to reduce HIV transmission.”

However, the scientists pointed out, the study included men who were motivated to enroll and did not address the likelihood of physicians prescribing PrEP for short-term use, the ease of obtaining PrEP for use only during vacations or the impact of the study’s brief counseling on the use of PrEP.

“These are all areas that our findings suggest warrant future explorations,” Egan said. “Our study tells us short-term adherence to PrEP during high-risk periods is tolerable in men who have sex with men, and that it could lead to long-term use. Now we need to determine how to make it possible in the real-world setting.”

This research was funded by National Institute of Mental Health grant R34-MH104083-03, with medication provided by Gilead Sciences.