PITTSBURGH – A collaboration among microbiologists, clinicians and experts on bacterial evolution revealed that, with time, highly adapted bacterial communities in the sinuses of people with cystic fibrosis (CF) become more fragmented and experience mutations that erode their genomes—a dogma-challenging discovery that has scientists reimagining how they think about the evolution of microbes in chronic infections.
In a paper published today in Cell Reports, researchers from the University of Pittsburgh School of Medicine announce their discovery that the size and structure of populations of the pathogenic bacterium Pseudomonas aeruginosa vary widely in the sinuses. They found that this so-called biogeography at the site of infection fundamentally impacts how bacteria evolve during chronic infections. 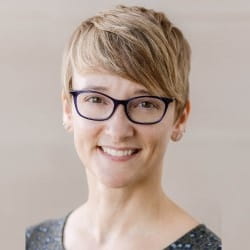 “A long-standing lore in the cystic fibrosis field says that each patient’s infection tells a unique story, and that Pseudomonas evolves in unpredictable ways,” said Jennifer Bomberger, Ph.D., associate professor at Pitt. “By using tools of evolutionary biology, we showed that a complicated and unwieldy field could be simplified—these microbes follow general trends that are rooted in evolutionary biology and studying those trends can help us create more effective interventions.”
Cystic fibrosis is an incurable genetic disease that affects tens of thousands of people all over the globe and manifests itself in the accumulation of thick, sticky mucus in the lungs. Because their immune systems are compromised, CF patients also suffer from frequent bacterial and fungal infections—which infiltrate the patient’s sinuses first and then spread into the lower respiratory tract, where they wreak havoc and can compound existing breathing problems.
Yet even though bacterial infections are associated with worse disease outcomes in patients with CF, doctors know little about how those infections get established in the first place. 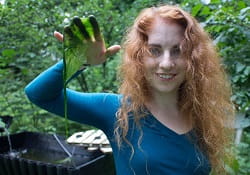 “The sinuses are like the Wild West,” said lead author Catherine Armbruster, Ph.D., M.P.H., a postdoctoral fellow at Pitt. “It is striking how little we know about Pseudomonas’s evolution in the upper respiratory tract. There is no clear guidance on how to treat chronic sinus infections in cystic fibrosis. Even though these sinus infections probably seed bacteria down into the lungs, it’s unclear if and how those two populations interact.”
Inspired by research on ancient relationships between bacteria and their insect hosts, the researchers used advanced genome studies and state-of-the-art imaging techniques to analyze populations of P. aeruginosa taken from the sinuses of people with CF.
Their analysis showed that evolution of P. aeruginosa follows two stages. In the pathoadaptive stage, microbes form a large community where most mutations that persist provide an adaptive benefit. But over time during chronic infections, bacterial populations can accumulate mutations that are not very beneficial and become fragmented. Evolution during this stage is reminiscent of what occurs in bacteria that live symbiotically inside insects, where genetic drift plays a larger role in these smaller populations and genomes of bacteria begin to erode.
This insight might be instrumental in rethinking therapeutic approaches to treating chronic bacterial infections: Instead of targeting red herring mutations, the researchers suggest paying attention to mutations caused by the strongest evolutionary pressures and patterns of genomic adaptation versus erosion.

CREDIT: Vaughn Cooper
CAPTION: Vaughn Cooper, Ph.D., professor of microbiology and director of the Center for Evolutionary Biology and Medicine, University of Pittsburgh.