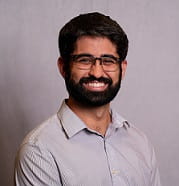 Although recent large epidemiological studies have hinted at a link between ADHD and Alzheimer’s, this is the first to tie genetic risk of ADHD to chances of developing late-onset Alzheimer’s disease.

“This study highlights what many in the field are already discussing: The impact of ADHD can be observed throughout the lifespan, and it might be linked to neurodegenerative conditions, such as Alzheimer’s disease,” said lead author Douglas Leffa, M.D., Ph.D., psychiatry resident at UPMC. 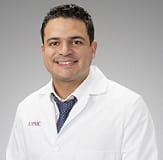 Senior author Tharick Pascoal, M.D., Ph.D., assistant professor of psychiatry at Pitt, added that “with new treatments becoming available at earlier stages of Alzheimer’s progression, it is important to determine risk factors to help better identify patients who are likely to progress to severe disease.”

According to the U.S. Centers for Disease Control and Prevention, individuals with ADHD report feeling restless and impulsive and have difficulty maintaining their attention, which leads to reduced quality of their social, school or work lives. For a long time, ADHD was considered a childhood disease that people grow out of after entering adulthood. Doctors now know that ADHD is a childhood disease that may persist into adulthood. The symptoms of ADHD in adults may be more diverse and subtle when compared to children and adolescents, and it can be particularly difficult to diagnose in older adults.

Not unlike other behavioral disorders, ADHD has a genetic component. But there is no one single gene that will dictate whether its carrier will go on to develop ADHD. Rather, that risk is determined by a combination of small genetic changes.

Because large-scale studies that follow patients with childhood-diagnosed ADHD into older age are lacking, the researchers had to contend with an incomplete set of data. They drew on genetic predisposition to ADHD in their study cohort, rather than relying on confirmed clinical diagnosis.

To conduct the study, researchers used a database of 212 adults without cognitive impairments, such as predisposition to other Alzheimer’s related mental health impairments such as dementia, at baseline. The database included brain scans, baseline amyloid and tau levels measured on PET scans and in the cerebrospinal fluid, and results of regular cognitive assessments over the course of six consecutive years. Crucially, researchers also had access to those patients’ genome sequences.

By calculating each patient’s individual ADHD-PRS and matching it with that patient’s signs of Alzheimer’s disease, researchers were able to show that a higher ADHD-PRS can predict subsequent cognitive deterioration and development of Alzheimer’s brain pathophysiology in the elderly who, until then, were not cognitively impaired.

While the study results are intriguing and indicate that the link between ADHD-PRS and Alzheimer’s needs to be researched further, the scientists caution against overgeneralizing their findings and urge families to stay informed but calm.

Because the database demographic was limited to patients who were white and had, on average, more than 16 years of education, more work needs to be done to extend applicability of the findings beyond a thin slice of the American public.

Additionally, more research is needed to determine whether interventions to correct ADHD can influence risk of Alzheimer’s disease in the future.

Due to the nature of longitudinal studies, it may take several decades to arrive at a definitive answer, though the team is already working to recruit more participants from underrepresented backgrounds and begin follow-up testing.

“Right now, we are working on new studies trying to assess ADHD more robustly and enroll childhood ADHD patient cohorts so we can follow them over time for biomarkers of Alzheimer’s disease,” said Pascoal. “These studies take a long time to complete, but they are important for our understanding of multifactorial neurological diseases and how they affect cognitive impairments.”