PITTSBURGH, May 21, 2017 – Following the tragic and widely publicized death of Rory Staunton, 12, from undiagnosed sepsis in 2012, New York became the first state to require that hospitals follow a protocol to quickly identify and treat the condition.
The mandate led to widespread controversy in the medical community as to whether such steps would have saved Rory or anyone else’s life.
Now, five years after the boy’s death, a University of Pittsburgh School of Medicine-led study covering nearly 50,000 patients from 149 New York hospitals is the first to offer scientific evidence that “Rory’s Regulations” work. The announcement—which gives fuel to other states pursuing rapid sepsis care initiatives—will be made today at the American Thoracic Society’s International Conference in Washington, D.C., and simultaneously published in the New England Journal of Medicine (NEJM).
Sepsis—a condition that arises when the body’s response to an infection injures its own tissues and organs—is the No. 1 killer of hospital patients, and more than 1 in 5 do not survive. At least 1.5 million sepsis cases occur in the U.S. annually.
“There is considerable controversy about how rapidly sepsis must be treated,” said lead author Christopher W. Seymour, M.D., M.Sc., assistant professor in Pitt’s departments of Critical Care Medicine and Emergency Medicine, and member of Pitt’s Clinical Research Investigation and Systems Modeling of Acute Illness (CRISMA) Center. “Some question the benefit of rapid treatment with protocols, saying they can have unintended side effects and be a distraction in busy emergency departments. After reviewing the data, we can finally say that faster is better when it comes to sepsis care.”
Rory’s Regulations require hospitals to follow protocols for early identification and treatment of sepsis, and submit data on compliance and outcomes. The hospitals can tailor how they implement the protocols, but must include a blood culture to test for infection, measurement of blood lactate (a sign of tissue stress) and administration of antibiotics within three hours of diagnosis—collectively known as the “three-hour bundle.”
Seymour and his team found that 83 percent of the hospitals completed the bundle within the required three hours, overall averaging 1.3 hours for completion. For every hour that it took clinicians to complete the bundle, the odds of the patient dying increased by 4 percent.
“With the implementation of Rory’s Regulations, New York State has been a leader in the fight against sepsis. Thanks to Governor Cuomo for recognizing the need for statewide evidence-based protocols and the work of the New York State Sepsis Advisory Workgroup, we have a system in place that quickly identifies sepsis cases, collects data and allows for ongoing communication with hospitals to improve care of their septic patients,” said Marcus Friedrich, M.D., M.B.A., F.A.C.P., medical director, New York State Department of Health Office of Quality and Patient Safety. “It is my hope that with this study, combined with the efforts of the New York State Health Department, other states will see that this is a model for combating and improving sepsis-related outcomes and reducing mortality rates.”
The results come on the heels of an international analysis of several clinical trials, one led by physicians in Pitt’s School of Medicine, none of which found a benefit from a standardized approach to treating sepsis when compared to good physician judgment.
Senior author Mitchell Levy, M.D., professor of medicine in the Warren Alpert Medical School of Brown University, explains that those clinical trials picked up after the initial urgent resuscitation period was over, and that more than 3 out of 4 sepsis patients in those trials had received elements of the three-hour bundle before they went on to the intensive care unit for further evaluation.
“When the patient is newly diagnosed and possibly still in the emergency department is when it is most important to check the boxes of the three-hour bundle,” Levy said. “Minutes matter, and it is critical to perform the correct tests and get the patient antibiotics as fast as possible.”
In an editorial in the same issue of NEJM, Tina Batra Hershey, J.D., M.P.H., of Pitt’s Graduate School of Public Health, and Jeremy M. Kahn, M.D., of Pitt Public Health and Pitt’s Department of Critical Care Medicine, as well as CRISMA, examine the potential of additional state sepsis mandates in light of Seymour’s study and the regulations. The pair note that Rory’s Regulations represented a major shift in the use of health policy to improve the quality of health care, rather than using market-based incentives and reimbursement penalties.
“Sepsis is a public health crisis worthy of a policy response,” they state in the editorial, while also noting that any such policies should give hospitals the flexibility to ensure they can evolve as the science of sepsis care advances. “More direct efforts are needed to ensure that the government response to sepsis maximizes benefits, minimizes harms, and remains responsive to a complex and evolving evidence base.”
In addition to Seymour, Friedrich and Levy, study authors are Hallie C. Prescott, M.D., M.Sc., Theodore J. Iwashyna, M.D., Ph.D., both of the University of Michigan and VA Center for Clinical Management Research in Ann Arbor, Mich.; Foster Gesten, M.D., of the New York State Department of Health; Gary S. Phillips, M.A.S., and Kathy M. Terry, Ph.D., both of IPRO in Lake Success, New York; Stanley Lemeshow, Ph.D., of Ohio State University; and Tiffany Osborn, M.D., M.P.H., of Washington University.
This research was supported by National Institutes of Health grants R35GM119519 and K08GM115859, and VA Health Services Research & Development grant 11-109 13-079. Phillips received personal fees from IPRO for conducting statistical analyses. 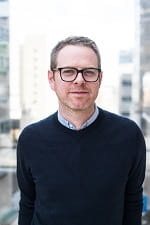