As a hepatobiliary Surgical Oncologist, Dr. Geller's clinical interests center on the evaluation and management of patients with liver cancers. He has pioneered laparoscopic liver resection surgery, and has performed more than 200 of these minimally invasive surgical procedures for liver cancers or benign liver lesions. Most of these patients are discharged home on the second post-operative day with 4-5 bandaid-sized incisions. He also specializes in performing laparoscopic radiofrequency ablations of liver tumors.

Dr. Geller has published 150 scientific papers and chapters. He is often a guest lecturer speaking on the management of liver tumors and has presented at more than 260 national meetings or seminars. He has active research grants from the NIH, and is also the Principal Investigator on industry-sponsored clinical trials for liver cancer.

Dr. Geller received his medical degree from Northwestern University Medical School in 1988. He completed his general surgery residency in 1996 at the University of Pittsburgh Medical Center, followed by a liver transplantation fellowship at the Thomas E. Starzl Transplantation Institute in 1998. He is Board Certified in General Surgery, and also holds a specialty training Certificate in Transplantation. 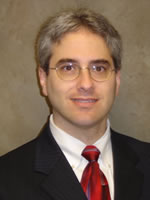