The Starzl Transplantation Institute's transplant team has a tradition of caring for some of the most medically compromised patients. Nevertheless, the institute has maintained patient and graft survival rates that meet national benchmarks.

The institute's programs include:

In an instant, UPMC achieved world renown in transplantation with the arrival of Dr. Thomas E. Starzl in 1981. While the medical center already hosted a kidney transplant program (founded in 1964) and was the site of Pennsylvania’s first heart transplant (in 1968), Dr. Starzl brought two crucial elements to UPMC: his liver transplantation program, and a new drug that would make transplantation an accepted treatment for many diseases that were otherwise considered incurable.

In his previous post at the University of Colorado, Dr. Starzl performed the world’s first liver transplant and conducted much of the laboratory research to understand the barriers to successful transplantation. The most difficult challenge was rejection, when an organ recipient’s immune system attacks a donor organ as it would a foreign invader like a bacteria or virus. By the mid-1960s, Dr. Starzl and his colleagues at the University of Colorado and other pioneering programs had the surgical skills to transplant livers, but the antirejection medications of the day weren’t effective enough and the side effects — which included an appearance altered by steroids and susceptibility to infections and certain cancers — could be severe.

Those barriers fell in 1979 when the new antirejection drug cyclosporine was introduced. Dr. Starzl was one of the first physicians to test the new drug in humans — and it was a resounding improvement, first bettering liver transplant success rates, then success rates for the transplantation of the heart and other solid organs. While building the world’s largest liver transplant program and later directing the Pittsburgh Transplantation Institute, Dr. Starzl continued to research organ rejection. In 1989, Dr. Starzl and his team announced the results of a trial of the new antirejection drug FK506. It was another leap forward, proving 50 to 100 times more powerful than cyclosporine with fewer side effects. The new drug improved survival rates for all transplant recipients and made it possible for organs that had suffered from especially high rejection rates, such as the pancreas, lungs, and intestines, to be transplanted.

In 1992 Dr. Starzl discovered that many organ recipients’ immune systems happily host cells from their donor organs, even decades after their operations. Theorizing that a less aggressive approach to antirejection treatment allows the organ recipient’s immune system to learn and accept the donor organ, Dr. Starzl and his team were able to slowly and carefully wean transplant recipients to smaller doses of antirejection medications, maintaining their effectiveness while reducing side effects. Some patients thrive while taking antirejection medication as infrequently as once per week.

Thanks to Dr. Starzl, one of transplantation’s greatest barriers, rejection, has been surmounted. But another barrier to transplantation remains -- the chronic shortage of donor organs.

Each day, 17 Americans die while awaiting a donor organ. If solid organs from animals could be made compatible with humans, no one would die because a donor organ wasn't available in time. Over a decade ago, UPMC surgeons transplanted baboon livers into two patients who gained just a few extra weeks of life, but bravely transformed their terminal illnesses into medical advances. Lately, UPMC researchers have been creating genetically modified pigs with cells that are more compatible with the human immune system, so less likely to be rejected. 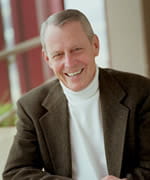