In addition to his work on the U.S. Department of Defense Office of Technology Transition-sponsored research on scar contracture, Dr. Rubin is studying adipose (fat) metabolism and metabolic effects of large-volume liposuction in collaboration with a multidisciplinary team of obesity researchers. He also has done research on the safety of anesthetic techniques for liposuction and lectured at national meetings and published in peer reviewed journals on this topic.

Dr. Rubin is past president of the International Fat Applied Technology Society (IFATS), a group of scientists worldwide who are on the cutting edge in the study of the use of discarded fat as a source for stem cells. IFATS currently is the world’s only interdisciplinary fat tissue society. IFATS’ hope is to serve as the premier global incubator in the field of fat-applied and -derived technology.

Dr. Rubin serves on the American Society of Plastic Surgery’s (ASPS) Bariatric Task Force, which is charged with the responsibility of developing safety guidelines and educational programs. He recently was appointed as the first official liaison between the ASPS and the American Society of Bariatric Surgery, is currently editing a multi-author textbook on post-bariatric plastic surgery that is expected to be the standard reference, and has published numerous journal articles relating to weight loss after bariatric surgery and immunosuppression for limb transplantation. 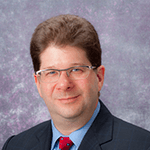 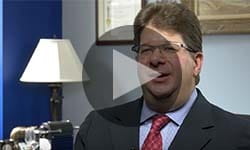