Dr. Luketich's areas of interest include thoracic and esophageal surgery. These include gastroesophageal reflux disease, management of hiatal hernias, management of giant paraesophageal hernias, and other disorders of the esophagus, including diverticulitis, strictures, and many others. He has particular expertise in the multi-disciplinary management (combined chemotherapy/radiation and surgery) of esophageal and gastroesophageal cancer, Barrett’s esophagus, and lung cancer. He performs numerous complex operations on disorders such as these using minimally invasive techniques, for which he has become world renowned, performing over 1,500 minimally invasive esophagectomies.

Dr. Luketich is the principal investigator or co-investigator on numerous research grants and has published over 250 peer-reviewed manuscripts, 150 invited reviews, textbook chapters, and editorials, and 350 abstracts. He is frequently invited as an honored speaker around the world to present topics that relate to his research and minimally invasive techniques.

Prior to joining UPMC in 1995, Dr. Luketich was a senior instructor in surgery at Memorial Sloan-Kettering Cancer Center in New York. He has additionally held academic positions at Cornell University Medical College and the University of Pennsylvania.

Dr. Luketich received his medical degree from the Medical College of Pennsylvania in 1986 and completed his general surgery residency in 1992 at the Hospital at the University of Pennsylvania, where he was the chief resident of surgery from 1992-1993. He completed his cardiothoracic and thoracic training at New York Hospital, Cornell Medical Center, and Memorial Sloan-Kettering Cancer Center. 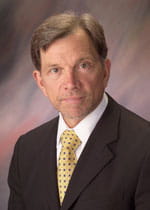