Dr. O’Toole has focused most of his academic research on hyperbaric medicine and scuba diving injuries and illnesses. His published articles have appeared in the New England Journal of Medicine, South Pacific Underwater Medicine Society Journal, and the Journal of Emergency Medicine.

His professional memberships include the American College of Emergency Physicians, where he was named a fellow in 1989, the Society of Academic Emergency Medicine, Undersea and Hyperbaric Medical Society and National Association of EMS Physicians. 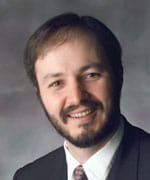