Neil Resnick, MD, leads one of the largest and most innovative geriatric programs in the country with more board-certified geriatricians than nearly any program and a wide array of senior services and an extensive research portfolio.

Dr. Resnick helped to pioneer the field of geriatric voiding dysfunction and incontinence, syndromes that lead to significant disability. His research has improved the understanding of the causes of incontinence, and he has developed novel approaches to diagnosis and treatment.

In addition, Dr. Resnick devised a nurse-administered incontinence management strategy which is now mandated by the United States government for every nursing home resident, and which has been adopted by other countries as well.

He has contributed to the National Institutes of health Consensus conference on Incontinence, edited its published proceedings, chaired several national scientific meetings on aging, and served on numerous editorial boards and grant review committees. He has served as a consultant to the World Health Organization international consultations on incontinence.

A graduate of Yale, Dr. Resnick received his medical degree from Stanford University Medical School. In 1983, he founded the Continence Center at Harvard’s Brigham and Women’s Hospital, the first of its kind in North America. He also founded and directed the geriatrics division at the Brigham for a decade until his arrival at the University of Pittsburgh in 1999.

Dr. Resnick’s expertise has been recognized by inclusion in “Best Doctor” lists both locally and nationally as well as by awards from the NIH, International Continence Society, Society for General Internal Medicine, and American Urological Association.

More recently, Dr. Resnick and his colleagues have been working to re-engineer geriatric care. Their goal is not only to improve it, but also to make it more feasible for non-geriatricians to provide. 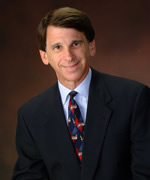