Dr. Heyman completed his medical school training at The Ohio State University in 1985 and his neurology training at the University of Pittsburgh Medical Center in 1989. He completed a fellowship in electroencephalography in 1990. He is Board Certified in Neurology and Sleep Disorders Medicine 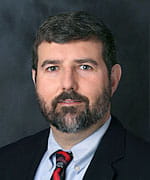