DeAngelo has worked in the sports medicine field for more than 20 years as a certified athletic trainer. He is a fellow in applied functional science, making him an expert on the science behind human movement, and has certification as a strength and conditioning specialist from the National Strength and Conditioning Association, where he also is the chairman of the basketball special interest group. DeAngelo is certified as a performance enhancement specialist from the National Academy of Sports Medicine and is a club coach with the United States Weightlifting Federation.

Prior to joining the UPMC Rooney Sports Complex, DeAngelo was the director of fitness and athletic training at the Palm Beach Institute of Sports Medicine, Inc. In this position, he was responsible for overseeing outreach programs for Florida Atlantic University and five area high schools. During this time he also served as head athletic trainer for Boca Raton Community High School.

In 1997, along with Bill Welle and former NFL wide receiver Cris Carter, he founded Cris Carter’s FAST program. The program is designed for scholastic, collegiate and professional players who want training in the areas of speed, agility, quickness, strength and power.

In addition to acting as personal trainer for several notable athletes, he was the strength coach for the Toronto Raptors NBA franchise from 1998 to 2003.

DeAngelo taught sports medicine for two years at Florida Atlantic University and has been a guest lecturer at the National Strength and Conditioning Association Convention. He is currently an adjunct clinical professor at Duquesne University in the athletic training department.

He received his bachelor of science degree in physical education from St. Bonaventure University in 1981, and received certification in athletic training from the State University of New York at Cortland in 1984. He went on to earn his master of education with a sports medicine concentration from the University of Central Florida. 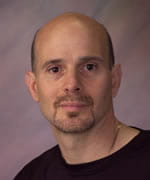