Dr. Marks attended the University of Pittsburgh, where he received his bachelor's degree in biology in 1969, and his medical degree in 1973. Following an internship and a residency at UPMC Presbyterian, he completed fellowships at the Peter Bent Brigham Hospital and Harvard Medical School, and the Dana Farber Cancer Center. He is board-certified in internal medicine and hematology. Before joining the medical staff at UPMC Hillman Cancer Center/UPCI, Dr. Marks was director of the Division of Hematology and Medical Oncology at Allegheny General Hospital.

Dr. Marks has served as president of The Leukemia & Lymphoma Society and president and chairman of the Allegheny County Medical Society. In addition, he previously served on the board of directors of the American Cancer Society. Dr. Marks founded the local chapter of the Juvenile Diabetes Research Foundation and he was one of the founding members of the Burger King Cancer Caring Center.

Dr. Marks has authored numerous publications and is the recipient of several awards, including the National Research Service Award from the United States Public Health Service. 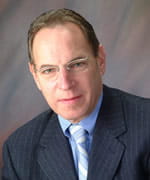