​Stephen. F. Conti, M.D., is a longtime UPMC orthopaedic surgeon who carries a national reputation for specializing in foot and ankle injuries and conditions. He has been a clinical professor with the University of Pittsburgh School of Medicine as well as the medical schools at Drexel and Temple, where he was twice awarded the Golden Mallet Award for excellence in orthopaedic teaching and also directed a foot and ankle fellowship program.  Moreover, he has authored more than 50 peer-reviewed scientific articles on the foot.

Before returning to UPMC in mid-2013 after practicing there from 1993-2003, Dr. Conti served as the director of foot and ankle surgery at Allegheny General Hospital, oversaw orthopaedic research for his previous health system and started a wound care and lower-extremity lymphedema center, where he was the medical director for a decade. He is the driving force and founding practice partner of the Orthopaedic Specialists—UPMC group – six renowned orthopaedic surgeons who in 2013 left the West Penn Allegheny Health System to come to UPMC.

Dr. Conti and his family founded the charity Our Hearts to Your Soles, and since 2007 their effort to provide free examinations and shoes has spread to 30-plus sites nationally caring for some 24,000 homeless persons.

A graduate of the New Jersey Medical School in Newark, N.J., Dr. Conti began his medical career with a residency in orthopaedic surgery at the Hospital for Joint Diseases at NYU as well as a fellowship in foot and ankle surgery from the Center for Orthopaedic Care in Cincinnati. He has been consistently voted by his peers as one of the “Best Doctors” in America since 2002 and in Pittsburgh. 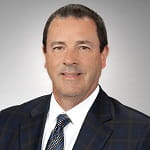