Dr. Billiar has been recognized with membership in the Institute of Medicine and the National Academy of Sciences. He received the Flance-Karl Award from the American Surgical Association. He previously served as president of the Society of University Surgeons, the Surgical Infection Society and the International Nitric Oxide Society. He also served on the Surgery Anesthesia Trauma Study Section of the National Institutes of Health and currently serves on the Surgery Residency Review Committee of the Accreditation Council for Graduate Medical Education. 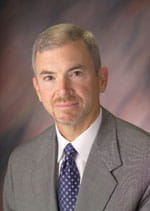