Toren Finkel, M.D., Ph.D., is one of the world’s most-cited researchers in aging. He joined Pitt and UPMC in 2017 after nearly 25 years at the NIH, where he most recently was chief of the Center for Molecular Medicine at the National Heart, Lung, and Blood Institute. At Pitt, he’s leading an unprecedented basic, translational and clinical research effort focused on the basic biology of aging, and how to use those insights to alter the trajectory of human aging. He also co-founded Generian, a new biotech company created by UPMC to treat diseases commonly associated with aging.

Dr. Finkel earned his undergraduate degree in physics at the University of Maryland and his M.D. and Ph.D. at Harvard. 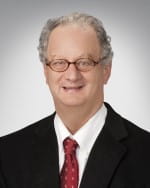