​Dr. Chang focuses her research on the development of new techniques for DNA sampling to discover pathogens that cause chronic diseases. By examining the molecular biology or ‘genetic footprints’ associated with infectious diseases, She aims to gain a better understanding of their development and progression.

Dr. Chang and her husband, Patrick Moore, M.D., discovered Kaposi’s sarcoma-associated herpesvirus (KSHV), also called human herpesvirus 8. KSHV causes Kaposi’s sarcoma, the most common malignancy occurring in AIDS patients. Kaposi’s sarcoma, a disease in which cancer cells are found in the tissues under the skin or mucous membranes, can be very aggressive in people whose immune systems are suppressed. Prior to their discovery, scientists had worked for 20 years to find an infectious agent associated with Kaposi’s sarcoma.

She and Dr. Moore also are the discoverers of Merkel cell polyomavirus, which their research indicates is the culprit that causes the rare and deadly skin cancer, Merkel cell carcinoma.

Dr. Chang received her medical degree from the University of Utah College of Medicine. Prior to her position at the University of Pittsburgh, Dr. Chang was a professor of pathology at Columbia University. Along with Dr. Moore, She has published more than 90 articles and reviews in the medical literature. She serves on the editorial boards of the American Journal of Pathology and the Journal of Human Virology, and has received numerous awards, including the Meyenburg Foundation Award for Cancer Research, the Robert Koch Prize and the New York City Mayor’s Award for Excellence in Science & Technology. 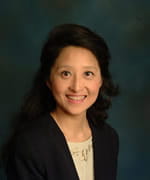