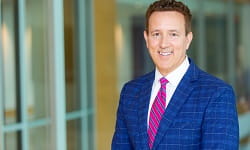 PITTSBURGH – UPMC today announced the appointment of Mark Sevco as president of UPMC Children’s Hospital of Pittsburgh.
Sevco has served as interim president of UPMC Children’s Hospital since January 2019. Previously, he was the Chief Operating Officer of UPMC Pinnacle, a multi-hospital system in central Pennsylvania. In this role, he oversaw hospital operations for all eight hospitals, facilities and administrative operations over a ten-county region.
“At UPMC, we are committed to providing outstanding care every day to everyone who enters our doors, and UPMC Children’s Hospital is a stellar example of that,” said Leslie Davis, senior vice president, UPMC, and executive vice president and chief operating officer, UPMC Health Services Division. “Mark’s extensive experience with UPMC has paved the way for him to lead this world-class hospital and continue to support our extraordinary efforts to provide outstanding care for children and adolescents.”
Sevco has served UPMC in various capacities for more than 25 years. Prior to his role at UPMC Pinnacle, he was president of UPMC East and UPMC McKeesport, responsible for business development, strategic planning, physician relations and administrative operations.
“It’s a privilege to now lead one of the nation’s finest children’s hospitals and work with so many talented clinicians and staff who passionately work every day to provide the ultimate patient experience for every child and family,” said Sevco.
Sevco has led many special projects and had played an active role in UPMC’s mergers and integrations with other hospitals statewide. He has traveled to China and Dubai assisting UPMC’s international efforts and also is the executive director of the UPMC Administrative Fellowship Program—an executive training program for UPMC.
Sevco holds a bachelor’s degree in applied mathematics, a master’s degree in Business Administration and in Health Administration from the University of Pittsburgh. Additionally, he is an adjunct professor at the University of Pittsburgh Graduate School of Public Health.
Sevco is an active community member who currently serves on four boards of directors, including the Hospital Association of Pennsylvania.
PHOTO INFO: (click image for high-res version)