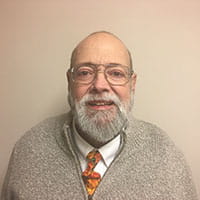 We are sad to announce the passing of Robert Argentine, MD. Dr. Argentine was a founder of UPMC CCP – South Hills.

A native Pittsburgher, Dr. Argentine trained at UPMC Children’s Hospital of Pittsburgh from 1976 to 1979 before joining South Hills Pediatrics. With the late Robert MacDonald, MD, Dr. Argentine grew the practice to a multi-provider practice that quickly gained a reputation for excellence, thanks in no small part to Dr. Argentine’s dedication to patient care and clinical skills.

His health sadly pushed him into a reluctant retirement in 2017 after 38 years of practice. He was highly regarded by his peers, not just for his clinical acumen, but for his humor and friendship. His passing was peaceful and he will be sadly missed.