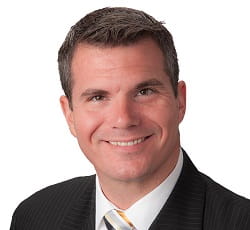 PITTSBURGH – UPMC has appointed James Houser as president of the Center for Emergency Medicine of Western Pennsylvania (CEM), which also operates the region’s STAT MedEvac critical care air ambulance service. Houser succeeds Doug Garretson, who retired in October.
Houser joined CEM in 2016 and served most recently as senior director, Medical Operations and chief clinical officer. Prior to joining UPMC, he served as vice president at MedFlight in Columbus, Ohio.
“Jim brings over 20 years of industry experience and a diverse background in the field of critical care transport to this role,” said John Innocenti, president, UPMC Presbyterian and Shadyside. “His dedication and commitment make him the ideal leader to enhance the CEM’s reputation as a world leader in Emergency Medicine care, education and research.”
As CEM’s president and CEO, Houser also will lead STAT MedEvac, with helicopters stationed throughout the region, including Altoona, Erie and York, Pennsylvania, and additional sites in Ohio, western New York, Baltimore and Washington, D.C. The CEM maintains the aircraft and is a certified Federal Aviation Administration Direct Air Carrier, which is rare among medical helicopter programs. Its infrastructure is similar to a small airline, with more than 400 employees including pilots, mechanics, aviation and communication specialists, educators and administrators.
“I am honored to have been selected to lead such an outstanding team of dedicated men and women,” said Houser. As our field continues to evolve, I look forward to CEM continuing our tradition as a world leader in education, innovation and research, and with a commitment to patient care when they need us most.”  PHOTO INFO: (click image for high-res version)