PITTSBURGH– Six University of Pittsburgh Graduate School of Public Health alumni will be recognized for their outstanding service to the field of public health during a special ceremony today at the school’s two-day 70th Anniversary Celebration.
The anniversary marks the second-ever all-classes alumni reunion and, in addition to the Distinguished Alumni Awards, will include numerous events showcasing the ongoing research and impact that Pitt Public Health’s faculty, students and alumni have on the field of public health regionally, nationally and globally.
“It is wonderful to welcome so many of our graduates back to Pitt Public Health to celebrate 70 years of public health research, education and service in Pittsburgh,” said Donald S. Burke, M.D., Pitt Public Health dean and UPMC-Jonas Salk chair of global health. “I am sure that the accomplishments of these distinguished alumni will be an inspiration to our current students and recent graduates.”
The awards will be given tonight, following a keynote address by David Satcher, M.D., Ph.D., who served as the 16th U.S. Surgeon General and 10th Assistant Secretary for Health in the U.S. Department of Health and Human Services, as well as director of the Centers for Disease Control and Prevention. He is the founding director and senior advisor for the Satcher Health Leadership Institute at the Morehouse School of Medicine in Atlanta, and received an honorary doctorate of public health from Pitt when he was the featured speaker at the university’s 2001 commencement ceremony.
Four alumni—Todd Bear, M.P.H., Ph.D., Classes of 2012 and 2015, respectively; Janine Buchanich, M.P.H., Ph.D., Classes of 1998 and 2007, respectively; Didier Chaloub, M.P.H., Ph.D., Classes of 2012 and 2015, respectively; and Elizabeth Felter, Dr.P.H., Class of 2009—will be inducted into Delta Omega, an honorary society that recognizes merit and encourages further excellence in, and devotion to, public health work. 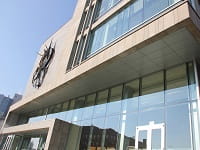