Main Content
PITTSBURGH, March 6, 2018 – Suzan Obagi, M.D., a UPMC board-certified dermatologist and cosmetic surgeon, was named the 2018 president of the American Academy of Cosmetic Surgery (AACS) at the the group’s 2018 Annual Scientific Meeting held in February in Las Vegas.
Obagi, an associate professor of both dermatology and plastic surgery at the University of Pittsburgh, is the director of the UPMC Cosmetic Surgery & Skin Health Center. She also is involved in training residents and physicians from around the world on the latest in cosmetic and laser surgery.
“The Academy was the first society to unite physicians of different surgical specialties to foster cross-specialty learning and to formalize the teaching of cosmetic surgery,” says Obagi. “In the year ahead, I want to ensure that we continue that collaboration, that we attract the brightest of the young new surgeons, and that the American Academy of Cosmetic Surgery remains the most important source of education and training. Cosmetic surgery is a worldwide field and we have a lot of knowledge to share and to gain in this collaboration.”
Obagi focuses on skin health restoration, autologous fat augmentation (fat transfer), neuromodulators and soft tissue fillers, chemical peeling, dermabrasion and lasers. Her research interests include ways to improve adipocyte (fat) survival after transplantation, patient safety in skin resurfacing, laser treatment for improving Raynaud’s phenomenon, and ultrasound measurement of long-term fat graft survival after transplantation.
An internationally renowned expert in cosmetic dermatology and surgery, Obagi has been quoted extensively in national publications and named as one of the top cosmetic surgeons in the United States by New York Times Style Magazine.
After receiving her medical degree from the Pitt School of Medicine, Obagi completed a medical internship at the University of California-Irvine and dermatology residency at Pitt. She also completed an AACS-certified cosmetic surgery fellowship under James Bridenstine, M.D., Pitt Department of Dermatology. She received Bachelor of Arts and Bachelor of Science degrees from the University of California-San Diego. 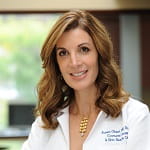