Trevice Washington says that growing up, she was always thin. In her 20s she had experienced some medication-related weight gain, and then gave birth to her son in 2005. After that, she says, she noticed that she had started gaining weight and it was coming on very easily.

“As I got older I wasn’t as active and over a long time, it just all added up. I had this mentality like, ‘If I eat this, so what? I’m already big, you aren’t going to see it.’”

She says that around this time she was doing things to lose 5 pounds here or 10 pounds there. But it would never be enough to get the results she needed.

Then in 2017, at almost 400 pounds, Trevice Washington found herself with a torn meniscus in both of her knees because of the stress her extra weight was putting on her joints.

“My doctor told me at the rate I was going, I would probably need two knee replacements by 50 [years old].” Trevice was 44 at the time.

With that news, she had hit her breaking point.

“I knew I needed to get serious, make some changes, and start getting this weight off,” she says.

Reaching Out for Help

To help her get on track and make the big changes needed to live a healthier life, Trevice reached out to the UPMC Central PA Medical Weight Management Center. She had received a referral from her primary care provider (PCP) about Dr. Luciano DiMarco who works at the Center.

Before meeting with Dr. DiMarco, Trevice did extensive research and reflection about her expectations and desires going into the process. While she was coming to Dr. DiMarco for his expertise, she also wanted to stay true to her own goals and feelings throughout the process.

“I just didn’t want them to dictate a size that, to me, was too much. And I didn’t want the overall focus to be only on BMI (body mass index),” says Trevice. “I wanted to make sure [Dr. DiMarco] and I were on the same page because I had an idea of how much weight I wanted to get off and what size I wanted to be in the end.”

Trevice also wanted to make sure she would lose the weight in a healthy and gradual way.

Dr. DiMarco respected Trevice’s goals and boundaries, and together, they set a goal weight of 200 pounds and decided that gastric sleeve surgery would be the best option for her. 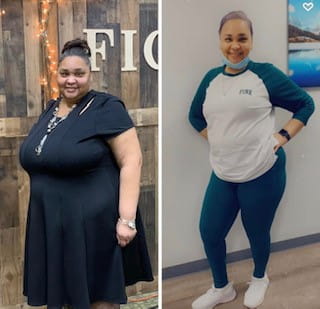 In 2019, Trevice underwent her sleeve surgery with no issues at UPMC Community Osteopathic in Harrisburg. In later years, she would undergo two plastic surgeries as well to address cosmetic concerns regarding excess skin and her new physique.

Because she had done such extensive research beforehand, Trevice knew what to expect in the first weeks and months after her surgeries. As soon as she was able, she began incorporating more and more activity into her lifestyle.

“My mindset was really ‘You have to work it for it to work for you.’ What you put in is what you’ll get out and I know that it all starts from within. [The doctors and weight loss staff] gave you the tools, but you have to trust the process and work it,” says Trevice.

Trevice immediately began taking part in the monthly support groups that the Center highly recommends and reaching out to the Center with any questions or concerns as they arose.

“You really learn a lot at the support groups and you connect with others doing the same thing as you. I actually developed some friendships through the weight loss group,” says Trevice. “And some have been through it more than once, so it was helpful to hear from them. Some people developed different recipes, recommended different proteins. I wanted to see people like me from the beginning and to the end of the process, and I got that from the group. It was all real helpful.”

Trevice says that after her surgery, it took her a little longer than everyone else to start losing weight.

“Of course, others can see it before you can see it,” she said. “But after 50 or 75 pounds it was like, ‘Hey, look at me!” and it was noticeable for me to see. When you go to try on different clothes you see the size go down. Once I started seeing the results, that was motivating.”

Trevice kept the momentum up and ended up losing 168 pounds. She has successfully kept the weight off.

Trevice now tries to help others reach their goals by sharing her story and what worked for her throughout her journey. Here’s some of the advice she would give to others in a similar situation to herself: 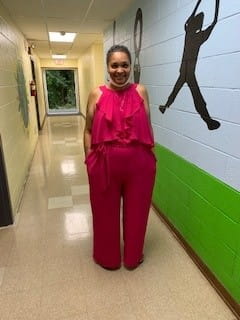 “When you’re big, you always want to be behind the scenes. You’re trying to be in the back of the photo, you’re always covering up your body. I’m definitely not in the back of the picture anymore, I’m in the front,” says Trevice. “When you feel good inside, it’s going to show outside. To me, that was very important. I wanted to feel good and look good. You know, I told Dr. DiMarco going into my journey, ‘By 50, I’m going to be fun, fit, and fabulous.’ And I kept that promise to myself.”


This patient’s treatment and results may not be representative of all similar cases.