The following definitions may help to clarify the terms that are used frequently in discussions of biological and chemical weapons.

Bioterrorism is the use of poisons or agents derived from living entities such as bacteria, viruses, and toxic plants. Examples of biological agents include:

Chemical terrorism involves the use of chemicals to destroy life, injure humans and animals, and produce panic, disruption, and chaos.

It is important to remember that chemicals are the backbone of our daily lives. They exist in the food we eat, the clothes we wear, and the health and beauty aids we rely on every day. Good chemicals used improperly can cause problems, just as chemical terrorism agents can be destructive.

Chemical terrorism agents are poisonous vapors, aerosols, liquids, or solids that have toxic effects on people, animals or plants. They can be released by bombs, sprayed from aircraft, boats, or vehicles, or used as a liquid to create a hazard to people and the environment.

There are six types of chemical agents: 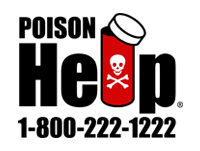