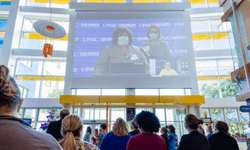 UPMC Children’s Hospital is receiving the recognition for the third time, an accomplishment made by fewer than 5% of hospitals nationwide.

“This recognition represents our nursing staff’s continued commitment to providing excellent care at UPMC Children’s Hospital, especially during the COVID-19 pandemic,” said Diane Hupp, president, UPMC Children’s. “We are proud to offer the highest quality of care in the communities we serve and applaud our incredible staff for their continued dedication.”

Only 9.4% of U.S. health care organizations have achieved Magnet recognition, which is considered the highest honor and gold standard for nursing excellence, and a significant factor when the public evaluates health care organizations. Factors for Magnet consideration include the quality of nursing leadership and coordination and collaboration across specialties, as well as processes for measuring and improving the quality and delivery of care. To maintain designation, organizations must reapply every four years. 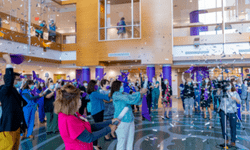 Magnet designated hospitals are known to have fewer reports of nurses intending to leave their positions, higher overall job satisfaction among nurses, higher patient satisfaction with nurse communication and availability of help and receipt of discharge information and lower risk of 30-day mortality and failure-to-rescue rates.