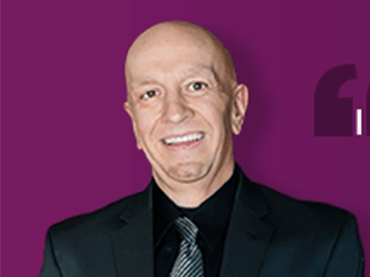 For most of his life, Eric Schiemer struggled with his weight. The 46-year-old tried many times to lose weight with varying levels of success. In his mid-thirties, his weight ballooned to 368 pounds, and while he was able to lose some weight, keeping it off was difficult.

“I never felt like I had things under control, even when I was at a healthy weight,” Eric says.

Each time he lost weight, Eric was left with excess skin that made him uncomfortable. But because he didn’t feel in control of his weight, he didn’t pursue plastic surgery to remove the skin. With a wife and two young sons, he also felt that choosing to spend money on such a procedure would be irresponsible.

“You hear about how much plastic surgery costs, and it was always out of reach,” Eric says.

Then, in 2014, Eric was back at a weight he didn’t want to be – 350 pounds. He decided it was time to make a serious commitment to getting healthy.

The Moon Township, PA, resident went to a doctor who was offering a weight loss program. The program was successful – Eric lost 150 pounds and was dedicated to staying healthy. But years of losing and regaining weight had been hard on his body and stretched his skin too many times. There was so much excess skin left behind by his most recent weight loss that Eric’s pride in his accomplishment was diminished, as was his quality of life.

With the support of his wife, Eric decided it was time to pursue skin removal surgery. While he found several hospitals that could perform the procedure, he decided that UPMC’s “Life After Weight Loss” program was the best choice. The program is a renowned, specialized center for plastic surgery after weight loss, and patients travel from around the region, the nation, and other countries to receive treatment there.

"I can’t say enough about how great it was to have such supportive doctors."

After an evaluation at UPMC in 2015, Eric waited several months to have surgery. As a weekend wedding DJ, he wanted to make sure his recovery would occur during the wedding off-season. Finally, after contemplating surgery for so much of his life, Eric underwent a tummy tuck in January 2016.

“I never thought surgery would be an option, but I think having it done has been a great way to commit to success,” Eric says.

The procedure was performed by J. Peter Rubin, MD, director of the Life After Weight Loss program and co-director of the UPMC Aesthetic Plastic Surgery Center. Dr. Rubin is an internationally recognized expert in plastic surgery after weight loss and has authored numerous publications and a textbook on the subject.

Also known as a “Fleur de lis” abdominoplasty, Eric’s surgery involved removing excess skin and fat from his abdomen, which re-contoured his torso. This technique, performed frequently at UPMC, is specifically designed for weight loss patients.

In the time leading up to the procedure and during the surgery itself, Dr. Rubin and his staff carefully monitored Eric’s health. Eric has low platelets in his blood, a condition he knew beforehand could become an issue. But the medical team‘s close attention to Eric’s condition kept him safe. Their comprehensive care validated Eric’s decision of choosing UPMC for this procedure.

“I felt better being at a medical facility dealing with people who, if there were complications, knew how to address them,” Eric says. “I liked the idea that UPMC was capable of handling anything that could have come up.”

The surgery allowed Eric to move into a new, healthier phase of life. In May 2016, just five months after his surgery, Eric ran his first half marathon during the Pittsburgh Marathon. While exercise had previously been difficult and required the use of tight compression shirts, Eric can now run and be active with ease and confidence.

While the cosmetic benefits of plastic surgery have improved Eric’s quality of life, he was less concerned with his appearance than with his state of mind. Before his surgery, even after losing weight, Eric didn’t feel healthy or proud of the changes he’d made. Saying “yes” to UPMC’s Life After Weight Loss program changed that.

“It’s more of a mental thing for me,” Eric explains. “It’s given me more confidence, and now I can enjoy what I have accomplished.”

Eric has returned to UPMC for follow-up appointments several times since his surgery, and he continues to be impressed by the welcoming and encouraging environment. Dr. Rubin has worked with Eric throughout the process to educate him on his options and guide him in making optimal medical decisions. If Eric elects to have additional skin removal procedures, he plans to return to UPMC.

“The staff was very wonderful and accommodating,” Eric says. “I felt like they were concerned with my overall health, more than just the cosmetic aspect. I can’t say enough about how great it was to have such supportive doctors.”

Extending Treatment to a Patient in Need

Paul Mason, once known in British tabloids as “the world’s fattest man,” lost 650 pounds and, like Eric, was left with excess skin.

Learn more about this surgery in the New York Times.