The general surgery residency program was approved by the American Osteopathic Association (AOA) in 1973, making it one of the oldest Osteopathic residency training programs in the country.

The AOA-accredited program leads eligible candidates to certification by the AOA and the American Board of Osteopathic Surgeons. Currently transitioning into ACGME accreditation process and is in “pre-accreditation status.”

The educational program will continue to have trainees in each of the five years.

The curriculum, call schedule, and experience will be identical for all first-year trainees.

General surgery residents will interact on patient care with residents from the family medicine residency program.

Osteopathic instruction is provided through:

The first year provides incoming residents with a solid introduction to the breadth and diversity of surgery. The requirement, as outlined below, can be fulfilled at the base hospital, UPMC Horizon, with the following exceptions: two months of out-of-house rotations in the ICU/CCU at UPMC Presbyterian and pediatrics at UPMC Children's Hospital of Pittsburgh.

Rotations involve possibly one or two other senior residents, along with an attending physician and possibly a medical student. This allows our residents to receive one-on-one ratio training.

A resident’s call schedule typically includes one weekend day or night, and one week per month of night float when deemed appropriate by chief resident and surgical attendings.

The second- through fifth-year curriculum offers more surgery rotations, along with the required rotations by the AOA, in order to achieve a greater educational experience in general surgery.

A resident's call schedule continues to be one week of night float per month and 1-2 weekend days per month (call from home). This schedule may vary month-to-month, depending on the out-of-house rotation schedule and vacations.

Fifth Year — All at Base Hospital

The continuity training experience, within the continuity of care surgical clinic, provides the resident with a training environment equivalent to that of a private practice.

The continuity of care clinic is conducted by several surgical physicians who have a lifetime of experience to share with each resident.

The goals of the continuity training experience are to provide:

Residents spend one half day per week in the surgical clinic during their OGME-1 year and 2 half days per month OGME-2 through OGME-5 training years.

Residents are actively involved in:

Our residents are often recruited to practices in the local community after their residencies.

Those residents whom do not go on to community based general surgery have been successful in acquiring the fellowship of their choice including Trauma/Acute care surgery, Plastic Surgery, Minimally Invasive/Bariatric Surgery, Vascular Surgery, and Cardiothoracic Surgery.

A variety of options are available for audition rotations:

Applications to set up an audition or shadowing experience will be accepted starting February 1st. Please contact the UPMC Horizon Graduate Medical Education office via email at shermanpj@upmc.edu with your completed form.

In the meantime, please complete the paperwork on the Medical Student Orientation page.

If you wish to shadow, please complete the paperwork on the Job Shadow page and email to shermanpj@upmc.edu. 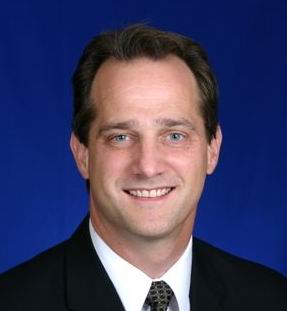 Certification: American Osteopathic Board of Surgeons

Dr. Henwood has served on many committees at UPMC Horizon, including Medical Care, Cancer Conference, and Medical Executive. He also served as chairman of the Department of Surgery. Dr. Henwood currently serves on the National Board of Medical Examiners-Part II test construction, residency in-service exam test construction, as the medical director of vascular surgery, and on Credentials Committee. At the national level, he is chairman of the Cardiothoracic and Vascular Division of the American College of Osteopathic Surgeons, as well as the board of governors. Dr. Henwood also was selected as "Physician of the Year" by the 2008 UPMC Horizon intern class.

Dr. Henwood lives in Hermitage with his wife, Kathleen, and their children. 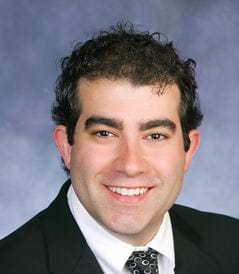 Certification: American Osteopathic Board of Surgeons

Dr. Esper lives in Hermitage with his wife, Michele, and their twin daughters.