At the UPMC Kidney and Pancreas Transplant Program, we strive to make a positive difference in each person we treat.

During a stressful time full of decisions and next steps, we hope that the success stories of previous patients will help you focus on the impact that a transplant can have on your quality of life.

Note: These patients' treatment and results may not be representative of all similar cases.

As an only child growing up alongside her aunt Denise, Stephanie considered her more of a sister than an aunt. When Stephanie learned that Denise needed a kidney transplant, her response was to take action and begin the living donor evaluation process. 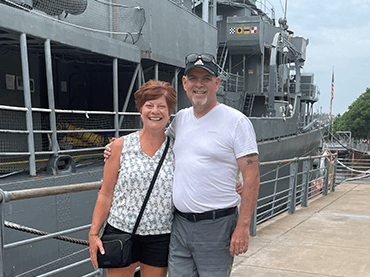 Tim Coles suffered from congestive heart failure in 2017. After a visit with his doctor, he learned that his kidneys had taken significant damage. As his kidney health declined, Tim was diagnosed with end-stage renal failure and began dialysis. The Coles traveled to UPMC Montefiore in Pittsburgh from Rochester, NY, to explore the option of a living-donor kidney transplant. 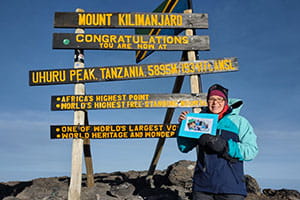 Rebekah first learned about living donation when one of her students needed a kidney and liver transplant. After hearing their story Rebekah felt compelled to become a living donor and donated a portion of her liver and a kidney to two individuals whom she had never met. 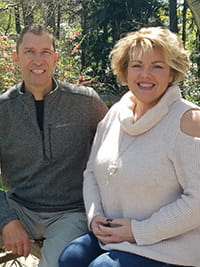 When John went into kidney failure, not one of the other 247 deputies at his Ohio sheriff's department knew that he had kidney disease. The moment he was hoping would never come, finally did. He was going to need a kidney transplant. 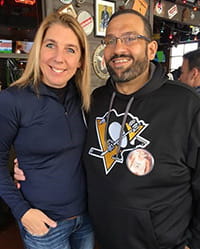 Mike Thomas was no stranger to transplant in 2017, when he was told he would need his third transplant. Luckily, he had a generous living donor who had waited for 13 years to donate her kidney to him. 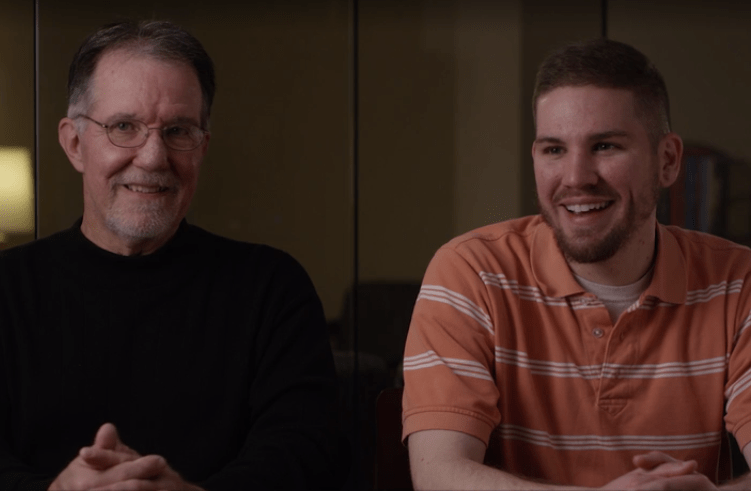 Ken Fitzpatrick lived with kidney disease for over 30 years when his kidney function began to rapidly decline. He pursued living donation and two people offered to donate right away. Unfortunately, neither of them were a match. 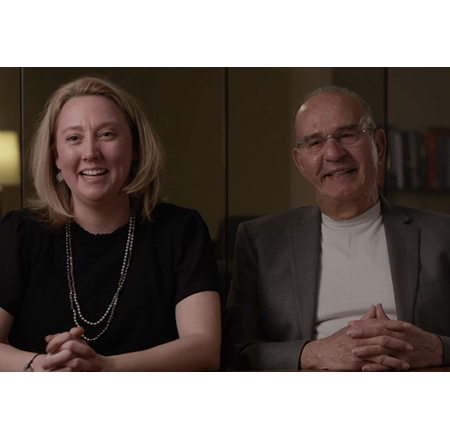 One night, after a long day of taking care of patients, Adnan woke up with severe abdominal pain. He was admitted to UPMC Passavant where doctors found three clots in the artery connected to his small intestine. He was immediately rushed into emergency surgery. He was successfully treated for that condition, but the medicine he took for his heart was damaging his kidneys. He needed a kidney transplant. 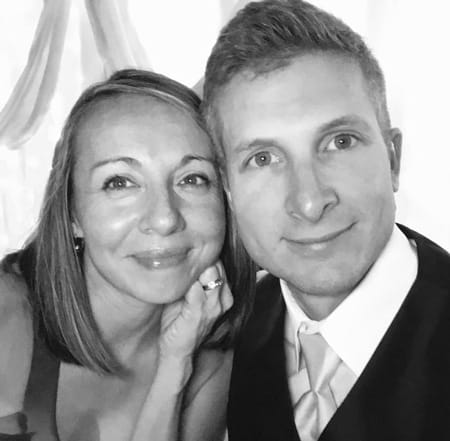 Kristen McCurdy was 17 when she underwent her first kidney transplant. It was a successful surgery and her new kidney lasted nearly 19 years, but in August 2016, Kristen found out her kidney function was once again declining.

Shortly after learning she had uterine cancer, Maureen Hammond found out she also had end-stage renal failure. She turned to the Thomas E. Starzl Transplantation Institute at UPMC, where she underwent a deceased-donor kidney transplant to save her life. 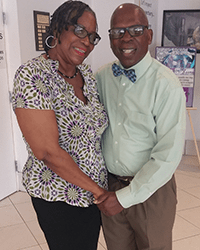 Andre Curry hated seeing his wife, Lori, in pain due to her end-stage kidney disease. When he learned a living-donor kidney transplant was a possibility, he immediately stepped up to be her donor. Lori is back to living a healthy life and Andre is extremely thankful he could save his wife. 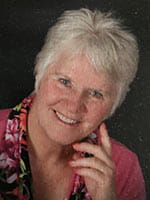 At age 69, with her husband and family behind her, Wanda Wilson made one of the most important decisions of her life – to become a living-kidney donor for her niece, Jody. 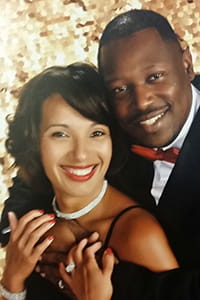 It had been nearly 10 years since George McClure received a kidney transplant, until he started experiencing symptoms again. He was diagnosed with nephritis and was in need of another kidney transplant to survive. George and his wife, Christine, discovered that she was not a blood group match. With 96,000 people on the waiting list for a kidney transplant, their only option was the UPMC Live Donor Exchange program. 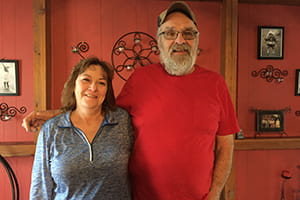 When Chuck Lutz learned that he was in kidney failure and a living donor could save his life, he was hesitant and afraid to put anyone in his family at risk. However, his younger sister had other plans and decided to become his living donor. Virgina and Chuck underwent a living-donor kidney transplant at the UPMC Hamot Kidney Transplant Program and are both doing great. 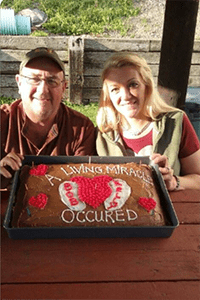 Kelly Mowry could not imagine what life would be like without her father, Bob. So, when Bob needed a kidney transplant, Kelly immediately volunteered to be his living donor. After Kelly's life-saving decision, she and her father are both healthy and are now closer than they have ever been. 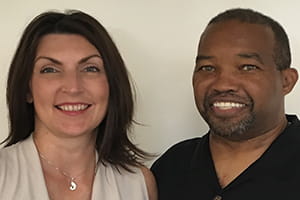 Marisa Warford never imagined that her friendship with Shelley Trondle would end up saving her husband’s life. When Reggie, Marisa’s husband, needed a life-saving kidney transplant, Shelley was by his side and decided to become his living donor, an experience that changed both of their lives forever. 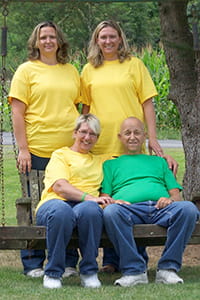 After Jeanne’s husband received a life-saving living donor transplant from a family member, she was extremely grateful and happy to have her husband back. So, when she had the chance to return the favor and become a living donor for someone else, she didn’t think twice. 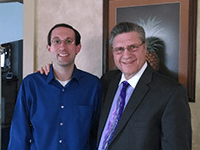 After Randy's nephrologist noticed his kidneys were slowly deteriorating, he came to UPMC to undergo kidney transplant evaluation. They found that his son, Nick, was a perfect living-donor kidney match for his father. Now, Randy is back to living a full life. 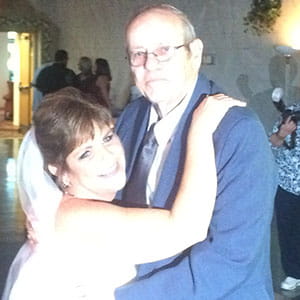 For Tammy Galiano Merritt, family has always been very important. So, when she learned that her uncle needed a kidney transplant, she immediately volunteered to be his living donor and was overwhelmed at the idea of being able to save the life of someone she loves. 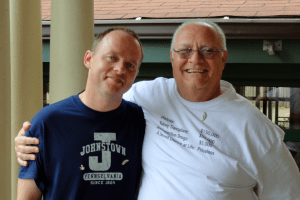 Jerry Ivory’s kidneys were larger than footballs when surgeons removed them — a result of a genetic illness called polycystic kidney disease. He had to quit work and even had problems breathing. With his kidneys gone, dialysis was only a short-term solution, and no one in his immediate family was able to be a living donor. After more than three years on the kidney transplant waitlist, Steve Fields came into the picture. A mutual friend had previously introduced Jerry and Steve, a postal worker from Oklahoma. Steve turned out to be a donor match for Jerry. Since the transplant, Jerry can now spend time with his family without extreme fatigue or dialysis. Steve has returned to his normal life — carrying mail 8 to 12 miles a day with no problem. 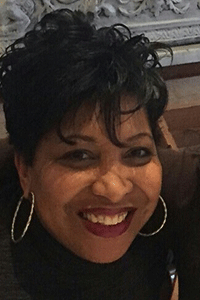 Diagnosed with chronic kidney disease, Brenda Loving faced a difficult challenge. The wait for a kidney transplant may take years and with a family to care for, Brenda didn’t have time to waste. Luckily, her sister Melita volunteered to be tested as a potential living-kidney donor. Today, Brenda is doing great and is happily enjoying time with her family. 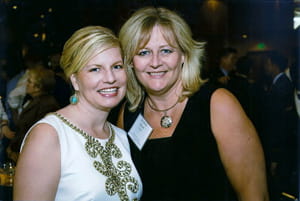 When her husband of 28 years was diagnosed with polycystic kidney disease, a slowly progressing genetic disease that leads to other life-threatening illnesses, Kathy was more than willing to become his living-kidney donor. Today, Kathy and her husband are both doing great and believe that they are lucky to have found each other and fallen in love.

Like his brother, Courtney Bost’s husband was diagnosed with polycystic kidney disease. With the support of her sister, Kathy, Courtney saved his life by becoming his living-kidney donor. While he was hesitant at first and worried about his wife’s safety, he is forever grateful for the gift Courtney gave him.