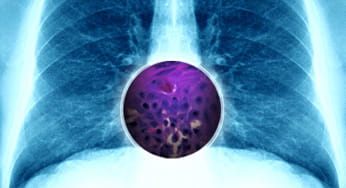 Chronic pancreatitis is a progressive inflammatory disease characterized by abdominal pain and permanent damage to the pancreas. Pain associated with the condition is often a result of pancreatic duct obstruction from stones or strictures. Endoscopic therapy is a minimally invasive procedure to treat these obstructions, alleviating the pressure in the pancreatic duct, and ensuring adequate drainage of pancreatic secretions. McGowan Institute affiliated faculty member David Whitcomb, MD, PhD, and researchers found that the patients who responded to endoscopic therapy had the treatment sooner after diagnosis than those who didn’t respond to the therapy. This finding suggests that a degree of irreversibility develops as the disease progresses and may indicate a role for endoscopic or surgical intervention early in the disease course. Read more.

To explore the potential of restoring pancreatic islets, the National Science Foundation has funded a multi-university study led by McGowan Institute affiliated faculty members Ipsita Banerjee, PhD, and Prashant Kumta, PhD, who are investigating the use of human pluripotent stem cells (hPSCs) to engineer pancreatic islets in the lab. A major goal of the research is to develop a method of vascularizing islets in vitro—literally “in glass”—which studies suggest will result in higher viability and enhanced function after the transplant. Read more.

As the third-leading cause of cancer deaths in the United States, and with a 5-year survival rate of just 8 percent, pancreatic cancer is one of the most lethal forms of the disease. Currently available treatments are largely ineffective, so there is a desperate need for better therapeutic options. In the laboratory of McGowan Institute affiliated faculty member Nathan Bahary, MD, PhD, researchers are paving the way for genome-targeted treatments in pancreatic cancer. Read more.

The overall goal of the research in the laboratory of McGowan Institute for Regenerative Medicine affiliated faculty member George Gittes, MD, is to better understand normal in vivo mechanisms of pancreatic differentiation so that scientists may later apply this knowledge to the creation of engineered cells for replacement therapy and cure of insulin dependent diabetes mellitus.

Dr. Gittes’ team has focused their studies on extracellular signaling mechanisms, since such pathways could more easily be applied to the stem cell populations currently available, and preliminary data in stem cell laboratories have shown some promising early success with the ability of these stem cell populations to be manipulated toward an insulin-positive phenotype.

In early 2017, the University of Pittsburgh Center for Medical Innovation awarded funding to Dr. Gittes and McGowan Institute affiliated faculty member Kathryn Whitehead, PhD, for their project entitled, “Intrapancreatic lipid nanoparticles to treat diabetes.” This award is for further development and testing of use of lipid nanoparticle technology for the induction of α-to-β-cell transdifferentiation to treat diabetes. Read more.

These promising research studies offer the potential for alternative therapies in the future. For currently available clinical studies offered by the Children’s Hospital of Pittsburgh of UPMC please see the following web sites: